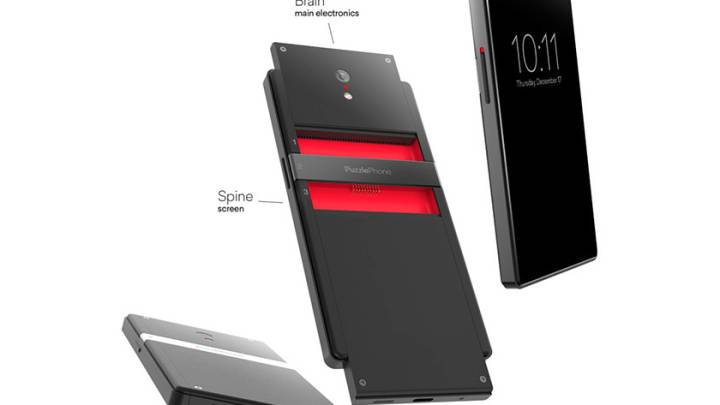 Modular smartphones, the kind you can customize and upgrade in the future, have yet to take off. Google’s Project Ara is one such example as it hasn’t yet become available to Android fans who’d like to take phone customization to the next level. But Google’s project is not the only one, and a similar device is nearing the crowdfunding stage.

Called PuzzlePhone, and first introduced as a concept in the second half of 2014, this modular phone has three user-removable components, including a Spine (the screen), a Brain (the main electronics) and a Heart (the battery).

The company chose Indiegogo for its crowdfunding campaign, announcing on Monday that it’ll offer the phone for preorder on the platform starting with November 3rd.

The cheapest PuzzlePhone will cost €299 (250 units) with prices going up to €699 for limited edition versions. The regular Indiegogo price will be €449 or €499, depending on storage, and the final retail price will be €599.

Actual specs for the device aren’t offered yet, but the company will most likely reveal more details about the PuzzlePhone once the Indiegogo listing goes up.

It’s also not clear at this time when the PuzzlePhone will ship, but the official press release offers a Q3/Q4 2016 delivery date.

“PuzzlePhone invites consumers to join us in making their voices heard, making a statement about sustainable priorities, as well as sending a message to the industry that PuzzlePhone is the paradigm shift from ‘take, make, waste’ to ‘reduce, reuse, recycle,’” the company wrote in its press release. “We are the androids you are looking for!”