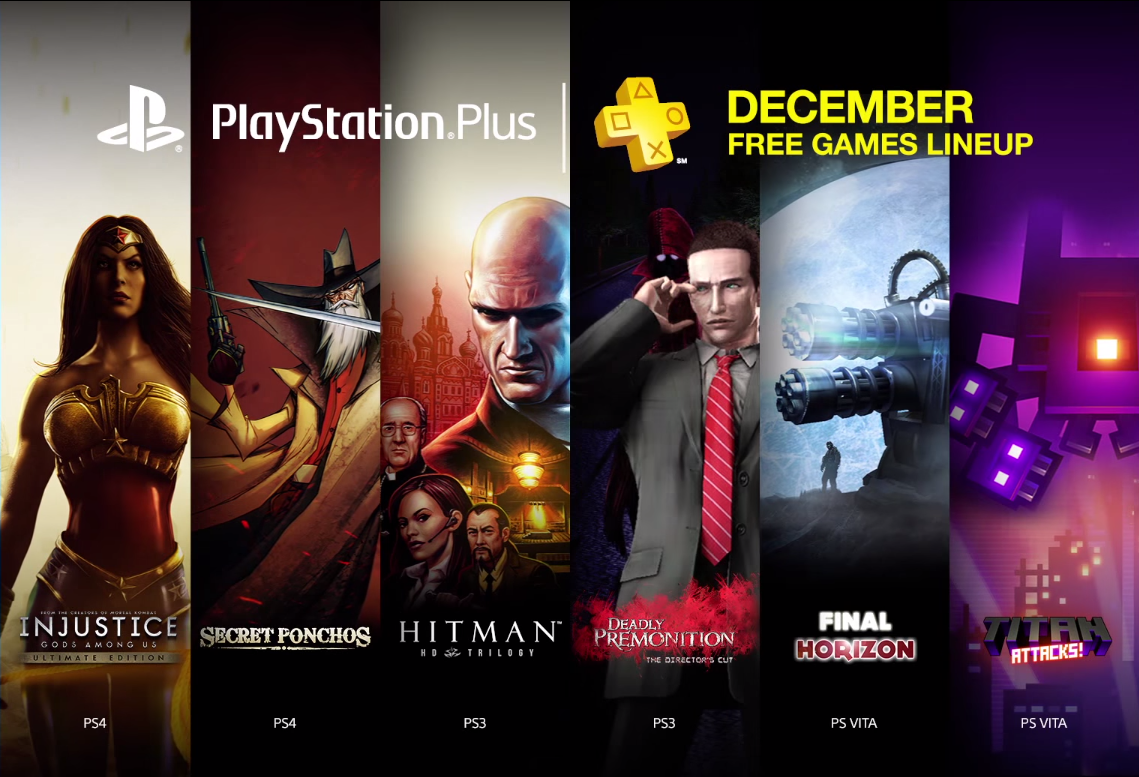 With 2014 coming to a close, Sony has one last chance to make a splash with its monthly Instant Game Collection. After loading up on indie games in November, the collection has shifted into triple-A territory for December, bringing a few huge games to the home consoles. Read on to find out which games you’ll be picking up for free starting today.

READ MORE: One year later: The state of PS4 and Xbox One

On PlayStation 4, Injustice: Gods Among Us – Ultimate Edition and Secret Ponchos will be free for PlayStation Plus members. Injustice is the enormously popular fighting game featuring DC Comics characters which was ported to the new generation when the PS4 and Xbox One launched last year. Secret Ponchos is a twin-stick, Wild West, top-down shooter, launching today for free.

PlayStation 3 owners will get three games for the price of none with the Hitman HD Trilogy. Hitman 2: Silent Assassin, Hitman: Contracts and Hitman: Blood Money are all included in the remastered trilogy. The director’s cut of Deadly Premonition, a Twin Peaks send-up from quirky game developer Swery65, will also be in the Instant Game Collection.

Sony is bringing two space-themed games, Final Horizon and Titan Attacks!, to the PS Vita this month as well.

Check out the video below to see all six games in action, and then head to the PlayStation Store on Tuesday afternoon to begin downloading your free games.