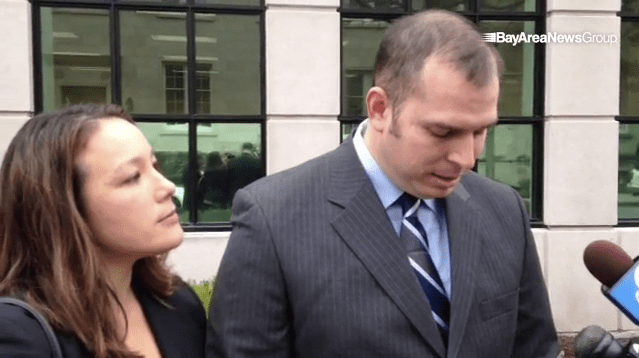 It might not come as much of a surprise, but another police officer has been convicted of wrongdoing.

Ars Technica reports that Sean Harrington, a former California Highway Patrolman (who has since resigned from the force), pleaded no contest after being charged with criminal felony charges for stealing and distributing naked photos from two arrested citizens’ phones. He will not serve any jail time.

The case came to light when one of the victims told her story to local authorities a few months after being pulled over on suspicion of driving under the influence. One of the officers asked for her phone, which she provided, and Harrington then asked for her password.

Several days later, she opened the Messages app on her iPad and found that private pictures had sent from her number to a 707 area code number she didn’t recognize. She searched for the number online and found that it belonged to Harrington.

“I apologize to my family, my wife, my friends. I apologize to officers everywhere, especially to the two women involved,” Harrington said in a statement this week after finalizing his plea deal. “I’m trying to put this behind me and move forward from this. I hope now everyone else can, too.”