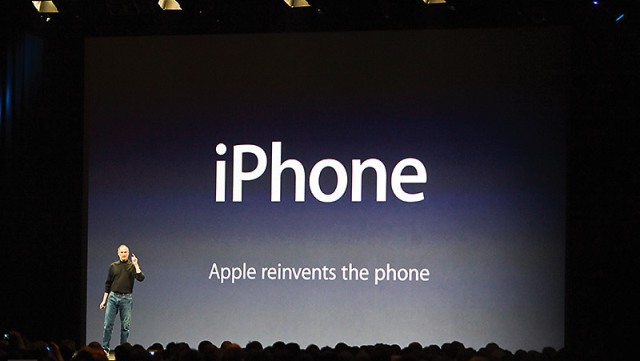 The competition between iPhone and Android has only gotten fiercer and fiercer each year, with each side having plenty of fans defending their chosen platform. But there’s one event in iPhone history that even Android hardcore users should love, since it lead to a surprising smartphone revolution.

FROM EARLIER: Apple’s 64-bit chip ‘gimmick’ is just about to deliver a huge blow to 2015’s iPhone rivals

Eight years ago today, Steve Jobs took the stage at Macworld 2007 to unveil probably Apple’s most important product to date, the original iPhone. At the time, the device looked like nothing else available from the competition, and the handset quickly became a target for rival companies, who wanted something similar.

Smartphone makers soon realized the future of mobile devices would be all about big-screen devices and touch-based interfaces, and began adapting their strategies for the future. Today the vast majority of smartphones, regardless of operating system, come with big touchscreen displays and are ready to offer the same basic functions the original iPhone focused on (music, phone capabilities and Internet access) but also plenty of others that weren’t available on the first iPhone.

The clash between platform fans will never go away, as they criticize competing operating systems and handsets, and accuse the other side of copying design elements and features each time something new comes along. But one fact still remains: Without the original iPhone, the current smartphone landscape may have looked entirely different.

In case you want to relive the original iPhone introduction, check the video embedded below.