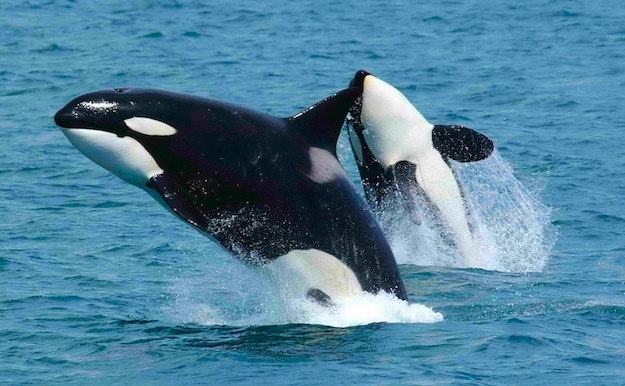 The sea is cruel and unforgiving, especially if you’re not high up on the food chain. Recently, an innocent harbour seal learned this the hard way when an orca whale straight up punted him 80 feet up into the air with its tail. After watching this video, you’ll undoubtedly agree that orcas, which may be more commonly known as Killer Whales, are entirely deserving of their name.

According to the video’s YouTube description, the footage below was taken on a whale watching tour which notes that “all aerial images were filmed from a safe distance under the guidance of Transport Canada and the Department of Fisheries & Oceans.”

“Transient whales typically use their tails to stun their prey,” the National Post adds, “but seldom in such a spectacular fashion.”

Clearly, when it comes to get their grub on, orcas, which typically prey on about 30 different species of fish, are not ones to mess around. For instance, another favored technique employed by orcas is called “wave-hunting.” When an group of orcas detect potential prey, whether it be a seal or a penguin, resting comfortably and out of harm’s way on a floating piece of ice, they will start swimming in such a fashion as to create huge waves intended to wash the animal off the ice and into the water where it can be eaten.

A video of this technique can be seen below.

And while we’re at it, here’s another video of an orca using its tail to flip a poor sea lion up 20 feet into the air.