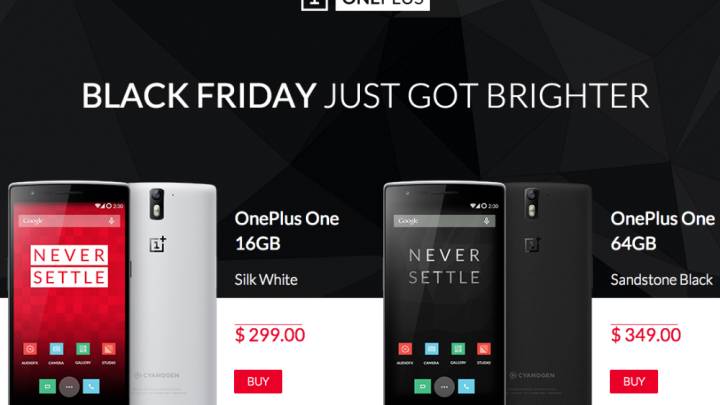 The OnePlus One has been one of the most interesting Android handsets released this year, a high-end device priced at an unbelievably low price. Perhaps because of this, OnePlus hasn’t always been able to meet demand, annoying some potential buyers with its invite system and other controversies that affected the phone’s launch. However, the company appears to be ready to meet your OnePlus One needs during Black Friday and Cyber Monday, and has a special Black Friday deal waiting for you.

FROM EARLIER: Walmart and Best Buy have killer smartphone trade-in deals you won’t be able to resist

Instead of lowering the price of the handset even further — the 16GB model costs $299, while the 64GB version is priced at $349 — OnePlus has done something entirely different, and that’s to let buyers actually order the phone without requiring an invite.

For the next three days, OnePlus will let anyone order a One handset from its store, where it has also listed various accessories that are also available for purchase — to see these offers, follow the link available in the source section below.

Interestingly, OnePlus says that all accessories will be discounted, but the prices will be dropped by users: the more a certain accessory is shared on Facebook, the cheaper it’ll become.