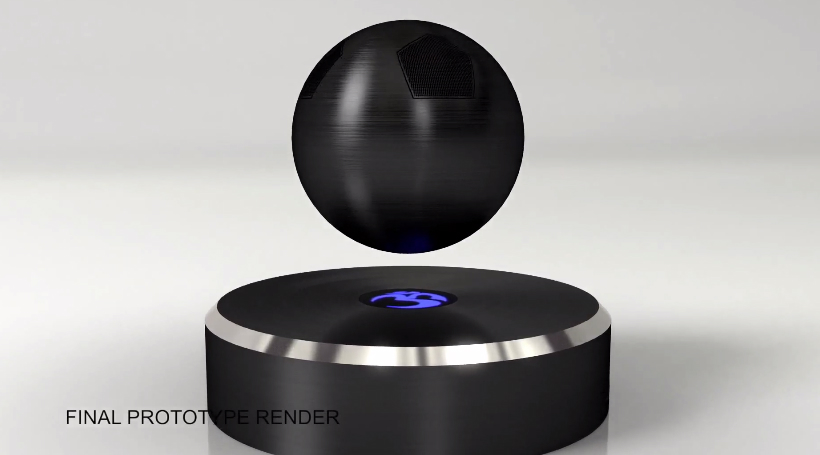 Om One is the name of a new speaker that offers an amazing and rather unexpected feature: Levitation. The Om One is an orb that plays music while floating atop of its base. The device is currently seeking funding on its own website, hoping to raise $100,000. With 49 days left in this self-hosted crowd-funding campaign, the Om One has already convinced 213 backers to pledge almost $37,000 . The Om One speaker costs $179 during this fundraising campaign, or $20 off its future commercial price, and it should ship to backers by Christmas.

When it comes to specs and features, the Om One speaker will offer users up to 15 hours of continuous music playback, a 3-watt speaker, Bluetooth 4.0 connectivity, and access to a microphone for conference calls. The orb is highly portable, measuring just 3.6-inch in diameter, and weighing 0.75lbs.

The Om One base comes with a USB port for charging the orb, and its electromagnet will help suspend the orb at about 1.2 inches above it. The levitating feature is more than a neat trick, as it actually helps out with sound output, the company has explained.

“How does OM/ONE produce such awe-inspiring sound? What makes OM/ONE different from any other bluetooth speaker?” the company asks rhetorically. “The answer is levitation. Instead of wasting amplication energy pushing sound waves into a desk, bookshelf, or table, all of the OM/ONEs amplication energy is directed to the speaker driver to create full, crisp, and clear sound. This enables OM/ONE to deliver audio performance far beyond its size. OM/ONE outputs a full 110 decibels with a 3 watt RMS amplifier. This also gives OM/ONE industry leading battery life without sacrificing audio performance: up to 15 hours of continuous playback at 70% volume.”

Videos showing the Om One in action follow below.