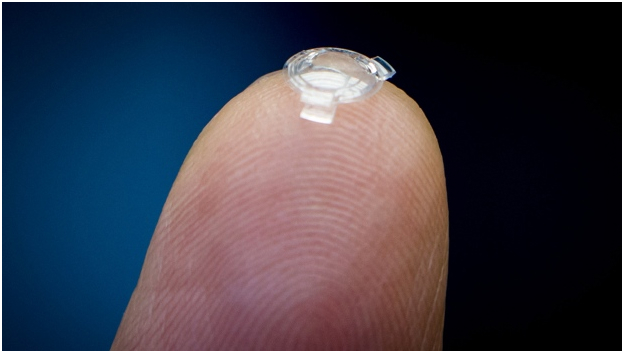 One of the things technology will most likely fix at some point down the road is poor eyesight. And it might happen sooner than we think, if Ocumetics Technology is successful with its Bionic Lens trials.

The company has developed something called the Ocumetics Bionic Lens, CBC News reports, a device that can be implanted into the eye and replace your natural lens to give you perfect vision.

The tiny Bionic Lens, which looks like a tiny button, would be inserted into the eye during an eight-minute surgery where the patient’s sight would be corrected instantly. The device would be folded like a taco in a saline-filled syringe, and then it would be implanted into the eye, where it would be placed in position within 10 seconds. The surgery would be available only to patients of at least 25 years of age, since people that age have eyes that fully matured.

Dr. Garth Webb and his team worked on the technology for eight years, spending $3 million on research and development.

“This is vision enhancement that the world has never seen before,” he said. “If you can just barely see the clock at 10 feet, when you get the Bionic Lens you can see the clock at 30 feet away.”

Even though the Bionic Lens sounds very exciting, the product will require additional testing before becoming commercially available. The device will undergo trials on animals and then blind human eyes at first. The final product could be available as soon as 2017.