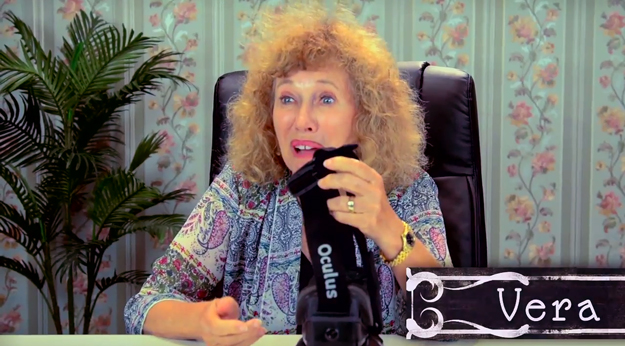 “My God, I’m not going to electrocute myself, am I?” That was the initial reaction of an elderly gentleman when one of The Fine Brothers handed him an Oculus Rift virtual reality headset and asked for his reaction. One elderly woman wondered aloud if the Rift was a “space mask” or “something you wear for the Ebola crisis.”

The Fines are known far and wide for their reaction videos on YouTube, which show kids, teens or the elderly reacting to different things. Recent offerings that were particularly hilarious include teens reacting to the Internet of the 1990s and elderly people reacting to Google Glass.

Now, the Fine Brothers are back and they’ve brought the Facebook-owned Oculus Rift VR headset with them.

Needless to say, the Fines’ elderly guests were a bit confused when they were first handed Rift headsets to examine. No one quite knew what it was and some people were understandably a bit nervous. Once they were told what it was and allowed to try it out, however, things took a big turn.

Here are some reactions to the Rift once The Fine Brothers’ elderly product testers put it on and took it for a spin:

In other words, people young and old are equally impressed by Oculus’ virtual reality headset. Maybe Facebook wasn’t so crazy to pay $2 billion for the company.

The full reaction video is embedded below.