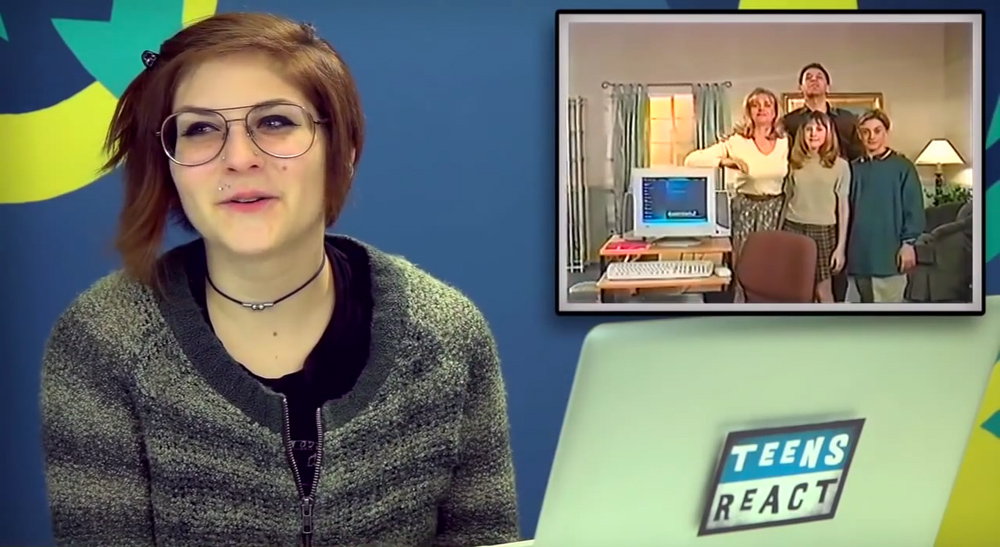 Last week, we showed you a hilarious video from the Fine Brothers that showed young kids reacting to an old computer. The funny clip showed several children trying to figure out how to use an old Apple II from the late 1970s. Of course, none of them could even figure out how to turn it on, though one child happily exclaimed that a game the Fine Brothers loaded up for her was at least “better than Flappy Bird!”

Now, the Fines are back with another hilarious video that shows teens reacting to the Internet of the 1990s.

Specifically, teenagers ranging from 15 to 19 years of age were shown an old instructional video that explained to consumers at the time how they might use the Internet. The Web was in its infancy at the time, of course, and most people didn’t have computers connected to the Internet in their homes.

Needless to say, teens have a tremendous amount of trouble imagining such a world.

No spoilers here — the full video of teens reacting to the Internet of the 1990s is embedded below.