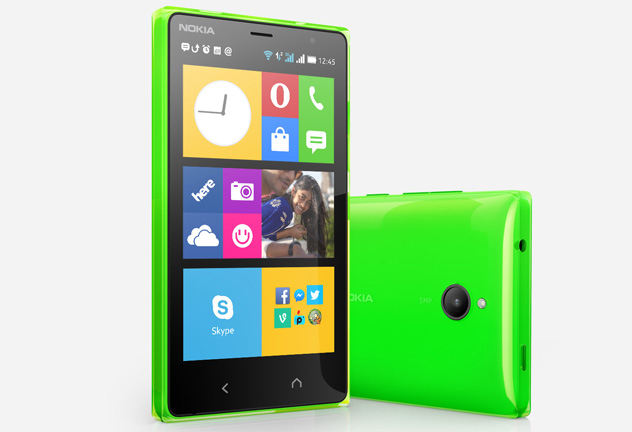 Just as recently teased, Microsoft and Nokia on Tuesday unveiled a new Android handset, the budget-friendly dual SIM Nokia X2. The handset, which will sell off-contract for just $99, or around $135, is not a flagship device by this year’s standards, and still ships with a custom Google-less Android OS version on board.

On top of Nokia’s Android, the handset will come preloaded with various apps including Skype, Outlook.com, OneDrive, Here Maps and MixRadio, while Bing Search, Yammer and Xbox games are available from the Nokia Store. Users will also be able to install apps from third-party stores, and there are ways to bring the Google Play Store to Nokia’s X phones.

The Nokia X2 will ship globally at some point in July, although it will be available in “select countries” immediately. The phone will be available in a variety of colors, including glossy green, orange and black at launch, and in glossy yellow, white and matt grey down the road.

A short hands-on video showing some of the Nokia X2’s main features follows below.