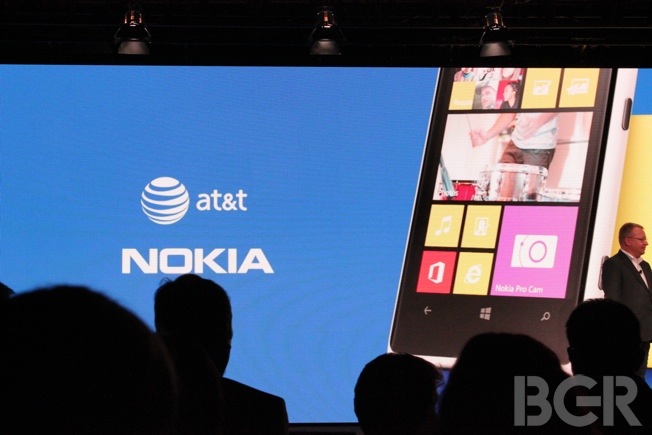 Nokia is justifiably very proud of the work it’s put into the new Lumia 1020 smartphone. As is usually the case with Nokia phones, the new flagship device is beautifully crafted and full of wonderfully inventive engineering, particularly in the realm of camera software and hardware. Yes, the 41-megapixel camera with a 6-element lens is very impressive but that’s only part of the story. From the camera’s long exposure settings to its super-fast Xenon Flash to its Nokia Pro Camera software, the Lumia 1020 looks sure to please anyone who wants a well-made smartphone with a top-notch camera.

But Nokia’s obvious pride in its work on the Lumia 1020 is undermined by the company’s bizarre strategy for selling the device. And I’m not even talking about the price, either — sure, $300 is a hefty amount to pay for a smartphone but the Lumia 1020 is a high-quality piece of engineering that has a minimum storage of 32GB. From this perspective, $300 isn’t too much to charge for the phone, especially since the 32GB iPhone 5 sells for the exact same price.

No, what really baffles me about Nokia’s strategy for selling the Lumia 1020 is its decision to make the device an AT&T exclusive. Let’s think about this: Whether or not you think the $300 price tag for the Lumia 1020 is justified, there’s no question that it will be prohibitive for many prospective customers. The market for the Lumia 1020, for better or for worse, is already limited to people who are willing to spend extra cash to get extra storage on their devices.

Given that you already know that many mid-tier smartphone users will be priced out of the market for the Lumia 1020, why would you choose to limit the market even further by releasing it to only one carrier? Apple and Samsung both released their newest flagship devices to every major American carrier over the past year and Motorola is planning to do the same thing with the Moto X. HTC released the HTC One to three of the four major carriers this past spring and it’s surely regretting agreeing to delay the release on Verizon for the sake of the Droid DNA that launched last year.

The point is that most manufacturers have wisely moved away from releasing their best devices on just one carrier because they’ve figured out that whatever promotional help and money they get from the carriers isn’t worth the loss of wider exposure to other potential customers. The most recent survey conducted by Baird Consumer Research (see graph below) shows that the vast majority of consumers don’t plan to switch their wireless service providers in the near future, which means that it’s very unlikely that any Verizon, Sprint or T-Mobile customers will join AT&T just to get the Lumia 1020, no matter how good it is.

When a Forbes reporter pointedly asked Nokia CEO Stephen Elop on Thursday why he was sticking with his strategy of promoting carrier exclusivity despite the fact that AT&T has allegedly been a “dreadful” partner, he drew loud cheers from the crowd. Whether AT&T has been good or bad when it comes to promoting Nokia devices is really beside the point, however. What has become clear is that keeping your best devices exclusively on one carrier is a self-defeating strategy.