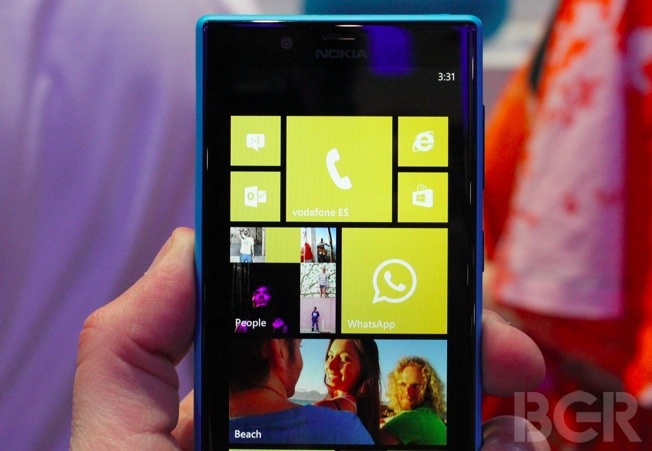 While high-end phones with top-notch specs garner a lot of the headlines, there’s something to be said for budget phones that don’t feel cheap; that is, phones that may not have the latest processors and display technologies but that still have high-quality builds and that are still designed stylishly. While such low-cost, high-quality devices are admittedly rare, one of them is undoubtedly Nokia’s (NOK) new Lumia 720 that debuted at Mobile World Congress this week.

While the phone hasn’t yet been announced for any American carrier, it presents some terrific value to mobile users in Asia and Europe who want a smart-looking device that’s easy on the wallet. The device is priced at $329 without subsidies, which means it will likely sell in the $100 range once it hits the market on various carriers throughout the world over the next several months. For that $100, users will get a smartphone that features a 4.3-inch touch display with a resolution of  800 x 480 pixels, a dual-core 1GHz Snapdragon processor and a 6.7-megapixel camera. The raw specs, though, don’t tell the whole story.

Picking up the Lumia 720, you can’t help but be impressed by the care Nokia took with building a budget phone. The phone’s body has the smooth contours and the same compact unibody design that made the flagship Lumia 920 such a solid device. The phone’s back panel has a nice soft-touch texture that makes it natural to hold and its rounded edges make it easy to slide into your pocket. And at 128 grams, the device is a significant improvement from the Lumia 920, which weighed in at a comparably hefty 185 grams.

The display, as is typical with Nokia’s Windows phones, is full of bright colors that match the bright color options you have for the phone’s outer casing. And as with the Lumia 920, you can buy the Lumia 720 in red, white, cyan, black and yellow. All these different colors give the Lumia line a truly unique and distinctive look that show the company hasn’t lost its flair for creative design even as its global market share has tumbled over the past few years.

The Lumia 720 obviously won’t be the device of choice for everyone, especially because it lacks LTE connectivity and only has access to HSPA+ networks. But given how much Nokia has riding on its share in emerging markets, it’s encouraging that the company has put a good deal of effort into making the Lumia 720 a very strong budget device that could make it a real hit as a mid-tier smartphone.