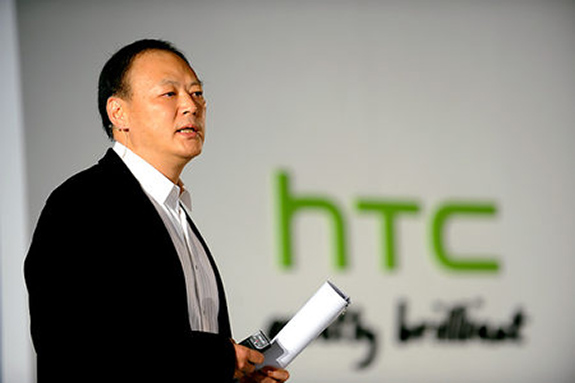 Is there a company out there that shoots itself in the foot as regularly as HTC? Consider that in the past two weeks I’ve had two friends who are Verizon subscribers ask me to help them pick out a phone. Because I think the HTC One is a great device, I asked them if they were willing to wait until September when Verizon will likely finally start carrying HTC’s would-be savior smartphone. Both said that they wanted to upgrade their phones right now and thus went with the Galaxy S4 and the iPhone 5, respectively.

I’m telling you this story because I think it perfectly illustrates why HTC’s decision to cooperate with Verizon and give it an exclusive with the DROID DNA — even though its flagship device was just months away from launching — was an egregious error. Don’t get me wrong, the DROID DNA is a nice device in its own right, but it’s not the device that HTC is counting on to revive its fortunes in the mobile market that is being dominated by Apple and Samsung.

Yes, I’m sure HTC’s relationship with Verizon is very important and relies in part on exclusives like the DROID DNA, but that’s not really the point. HTC desperately needs to build brand equity for its devices and to show American consumers the very best it has to offer. Making sure that customers at America’s largest wireless carrier don’t have access to the device that HTC is betting the bank on is not a smart way to put a dent in the emerging Apple-Samsung duopoly. As a matter of fact, it’s downright short-sighted and counterproductive.

Consider that by the time the HTC One will roll out to Verizon subscribers, it will be around five months old. In that time, untold numbers of Verizon Android fans will have bought the Galaxy S4 because they didn’t want to wait around for an unknown amount of time to upgrade their devices. Meanwhile, the Apple hype machine will be fully geared up to herald the coming of the iPhone 5S, Samsung’s Galaxy Note III will likely have been unveiled, and Motorola will be using Google’s similarly considerable marketing clout to tout its upcoming Moto X flagship phone.

By the time the HTC One finally comes to Verizon, it will be old news and it will have to battle several new premium devices.

Of course, HTC’s decision to give Verizon the DROID DNA exclusive at the expense of the HTC One isn’t the only huge mistake the company has made recently. Let’s recall that it was somehow again suckered into developing a Facebook-centric phone by releasing the HTC First, a device that will go down as one of 2013’s biggest consumer electronics bombs. Memo to HTC: There are many reasons Samsung is as successful as it is and one of them is that it has the good sense to run screaming whenever Mark Zuckerberg starts knocking on its door.

HTC is easily the most frustrating smartphone vendor on the planet because it’s able to make terrific devices but unable to consistently make smart business decisions.