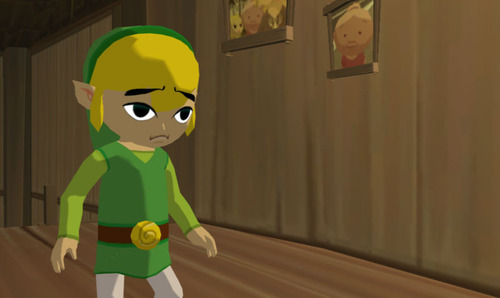 The latest Wii U sales numbers are out from Japan, the United States and the United Kingdom — and unease is deepening. In Japan, Famitsu Magazine reported Wii U weekly sales slipping to 70,000 units from 76,000 units during the important period ending in January 6. This is the week many Japanese teenagers spend their New Year’s money and sales of consoles tend to bounce. During the week, the portable 3DS sold 305,000 units, up sharply from the already impressive 266,000 units in the previous week. The seven-year-old Sony (SNE) PlayStation 3 managed to increase its sales to 64,000 units from 54,000 units. The equally ancient PSP climbed to 53,000 from 34,000. Even the star-crossed PS Vita managed to vault to 31,000 from 18,000.

As Wii U sales are mired close to PlayStation 3 levels in Japan, it is getting hammered by the aging Microsoft (MSFT) Xbox 360 in America. NPD just reported that Xbox 360 moved 1.4 million units in December while Wii U limped through the holiday season with 460,000 units. This is below the 600,000 unit level that the earlier Wii console managed years ago against a much younger console competition in 2006. Back then, Wii launched head-to-head with Sony’s PlayStation 3 in the US market, and the Xbox 360 had been launched just one year earlier.

In 2012, Wii U debuted against two rival home consoles that were more than half a decade old. The results are not pretty. Meanwhile in the U.K., the Wii U shifted 40,000 units during its launch weekend, but none of the titles cracked the top 10 of the GfK game software chart.

It is clear that the lack of compelling software is hurting Wii U right now. Nintendo (NTDOY) wanted to push it out well before the buzz around the next generations of Sony and Microsoft consoles started building. The problem with the rush is that Wii U is now facing several fallow months before big titles arrive. The January-April sales period could be spectacularly ugly and may cause real damage to Nintendo’s home console reputation if it leads to U.S. sales dipping below 300,000 a month and Japanese sales dipping below 30,000 a month. The danger here is that if consumers start suspecting that the Wii U is a lame duck, they may choose to wait for one of the big rival vendors to roll out some spectacular hardware next winter.

All in all, it’s hard to avoid the notion that the console gaming universe is shrinking. In the U.S., game software sales contracted by a disastrous 26% in December. PS Vita is in dire straits and may leave Nintendo’s 3DS as the only viable portable console in 2014. Wii U is wobbling badly, possibly leading to a 2014 scenario when only Sony and Microsoft are left standing in the home console battle. U.S. consumers are still wild about huge, violent console epics like Call of Duty, Assassin’s Creed and Halo. Those are titles that define PlayStation and Xbox. The casual gaming that defines Wii U is under siege by the smartphone/tablet gaming frenzy that shows no sign of abating.