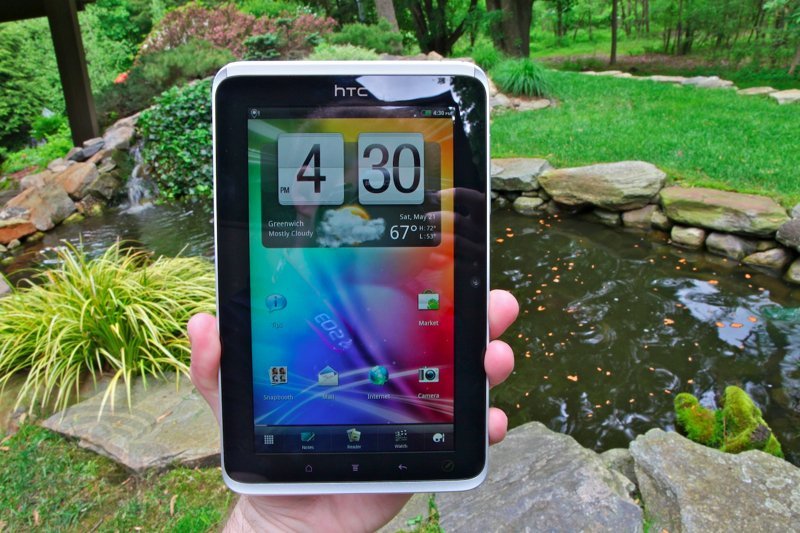 HTC is widely expected to make Google’s next Nexus tablet – an 8.9-inch premium device that was already spotted in internal Google code, and which is referred to Nexus 8 or Nexus 9 in various reports – but the company may launch two other tablets of its own, @evleaks has learned.

“Besides the T1 Volantis/Flounder/Nexus 9, HTC is developing two other tablets: the T7 and T12,” the leaker wrote, without revealing any details about the T7 and T12.

HTC has not launched a new Android tablet in years – the company had two such devices in stores in 2011, including the Flyer (pictured above) and Jetstream that few Android users may remember – but it’s apparently planning a big comeback.

While there are no specs or features available for the rumored T7 and T12, HTC’s Nexus 9 tablet has been featured in a variety of leaks, with Android Police suggesting that, for the first time ever, a new Nexus tablet won’t be the affordable device users expect from Google.

Instead, HTC will apparently make a tablet whose entry price will be at around $399, and which will feature a 2K display, 64-bit NVIDIA Tegra K1 processor, 2GB of RAM, up to 32GB of storage, 8-megapixel camera with optical image stabilization (OIS), 3-megapixel front-facing camera, stereo front-facing speakers and Android L under the hood. According to the same report, the device is just 7.9mm thin and weighs up to 427g, depending on version.

The Nexus 9 should launch in fall, once Android L is ready for prime time.