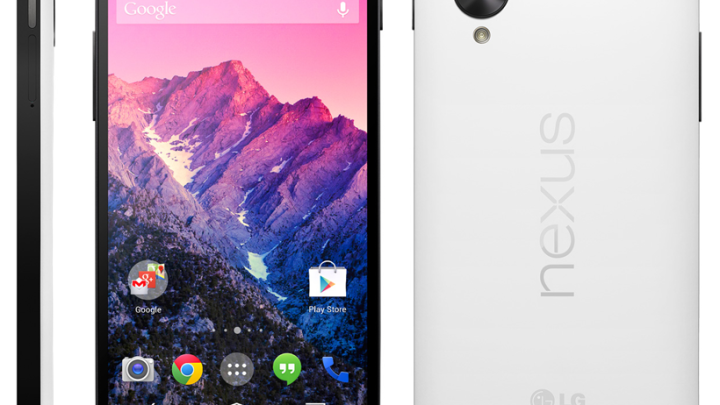 We really, really hope the latest report on the Nexus 5’s release date is accurate for two reasons. First, we’re tired of Nexus 5 release date rumors. Second, and far more importantly, the next pure Google phone is shaping up to be one of the most amazing Android phones of the year. Google’s Nexus 4 was all about value when it launched at a shockingly low price with mid-range specs last year. This time around, however, Google and LG are cooking up an absolute beast that features cutting-edge specs but still manages to stay remarkably affordable. And if a new report from Sunday pans out, the phone will finally debut later this week.

Alongside a press render of the upcoming Nexus 5 in white, @evleaks on Sunday reported that Google will finally launch its next hero phone this coming Friday, November 1st. According to the phone’s service manual that leaked recently, the Nexus 5’s specs include a 5-inch full HD display, a 2.3GHz Snapdragon 800 chipset, 2GB of RAM, an 8-megapixel rear camera with optical image stabilization, a 1.3-megapixel front-facing camera, a 2,300 mAh battery with support for inductive charging, NFC and Google’s new Android 4.4 KitKat operating system.

Images of the Nexus 5 have leaked a number of times and we have also seen the phone in a pair of videos. According to an accidental listing in Google’s online store that was pulled shortly after it went live, the Nexus 5 will start at just $349 will no service contract required.

For Android enthusiasts, at least, it’s definitely going to be a happy holiday season this year.