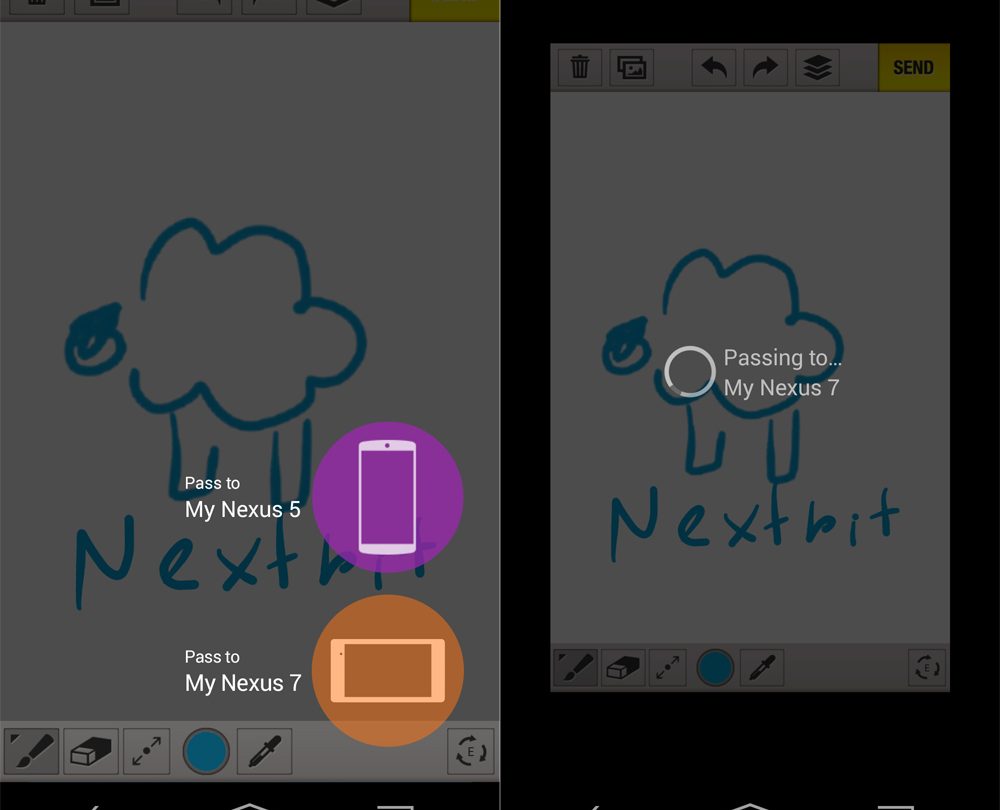 Solutions like Apple’s iCloud can be frustrating at times, especially when they’re hacked. When they work, however, they make our lives so much easier. Download a song on your phone and it’s automatically downloaded to your computer. Install a new app on your iPad and it’s automatically installed on your iPhone. Add a phone number to a contact on your Nexus 5 and it instantly updates all of your devices.

But the services we use now are just the tip of the iceberg.

What if there was a solution that could sync every last bit and byte from one device to the next? What if you could start editing a video on one device and switch to another in a matter of seconds? What if you could start drawing a picture on a smartphone and pick up right where you left off almost instantly on a tablet? Every app, every file, always in sync… this is the future of cloud sync solutions, and now it’s here.

San Francisco–based startup Nextbit came out of stealth on Monday and unveiled its first products during the Code/Mobile conference in California. The company was co-founded by former Android executives Tom Moss and Mike Chan, and it is also home to engineers formerly with companies including Google, HTC and Apple.

Nextbit has worked closely with CyanogenMod — which describes its software as a “customized, aftermarket firmware distribution for several Android devices,” — in developing next-generation cloud sync solutions. Operating independently of Google, CyanogenMod uses the Mountain View-based company’s open source Android software as the basis for its own operating system, which is designed specifically with customization in mind.

Now, Nextbit has built its own groundbreaking sync solution called Baton and integrated it with CyanogenMod 11, which can be installed on dozens of Android devices to replace the stock operating system (you can find out if your phone is compatible on this page).

The key here is that everything happens on the OS level, so there is absolutely no support or integration needed on the part of app developers. In other words, every app on your device is already compatible with Nextbit Baton, and every app you install in the future will be compatible as well.

“Whether I’m reading an article, playing a game, or buying something online, everything comes to a halt if I want to switch devices.” Nextbit CEO Tom Moss said. “Until now, there hasn’t been a good way to pick up a tablet at the same place you left off on your smartphone. Our mobile activities shouldn’t just be available on a per device basis. That’s why Nextbit is building a future that focuses on the experiences, not the device.”

To give you a better idea of how impressive Nextbit’s solution is, here’s a quick demo of Baton’s Pass feature in action:

Baton has been in a private alpha for some time now, and on Monday it enters an invite-only public beta phase. The solution is scheduled to exit beta later this year, however, and it will even come pre-installed on at least two smartphones, one of which will be the OnePlus One, a fan favorite for Android enthusiasts around the world.

Finally, as impressive as Baton is, Nextbit has plenty more planned as it changes the way mobile devices integrate with the cloud. The company’s next big launch, which it teased on stage on Monday, will be a storage solution that leverages the same core technology as Baton to make any smartphone or tablet seem as though it has unlimited storage. Nextbit declined to share further details for the time being.

More information can be found on Nextbit’s website, which is linked in the source section below, and users can sign up to join the invite-only Baton beta at nextbit.com/beta.