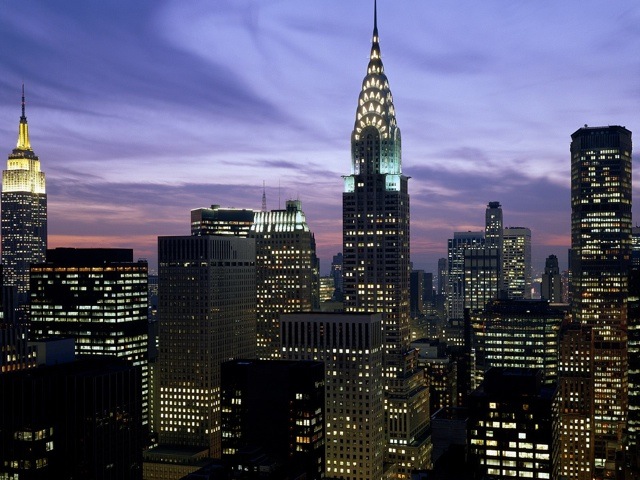 By noon, midtown Manhattan has turned into a ghost town. Times Square, the heart of Broadway, is nearly deserted and seems like a set for a chilly zombie movie.

FROM EARLIER: Everything you’ll need to get you through 2015’s first massive blizzard

Midtown Manhattan at just before noon on Monday. Photo by Tero Kuittinen.

Many offices have circulated emails telling people to leave for home by 2 p.m. and not to return on Tuesday. Schools will be closed, ballet lessons are being canceled, bread and cheese departments of Zabar’s and West Side Market have turned into brutal arenas of hand-to-hand combat.

Families are praying that the 82nd Street Barnes & Noble, the last existing bookstore on the West Side, will open on Tuesday. Otherwise, kids will run amok in tiny city apartments or have to hazard the Central Park, which has been declared unsafe by the city in advance.

For an outsider, New York’s response to a snow storm may seem absurd and even insane. When I was a child in Northern Finland, the school closure threshold was -25 degrees Centigrade, or -13 degrees Fahrenheit. Chilblains on children forced to mandatory cross-country skiing exercises at sub-zero temperatures were viewed as natural and inevitable. Why would 20 inches of snow at +20 degrees Fahrenheit be a cataclysm? Is the New York storm freak-out evidence of epic wussification of coastal elites?

Not really. It is actually perfectly rational response and can be explained by two defining features of Manhattan.

The island is expensive and highly reliant on cheap labor on a wide spectrum of service industries. Store clerks, teachers, nannies and dozens of other professionals have to live in the surrounding boroughs, often more than an hour of commute away.

The second factor making Manhattan highly vulnerable is the conscious decision not to spend on infrastructure maintenance or snow equipment. The city only has a handful of snow days a year and taxpayers have decided they will not support an expensive array of snow ploughs and such. At the same time, there has been a collective decision not to upgrade train or subway infrastructure, which remains largely at 19th Century level.

As a result, roads will not be ploughed in some heavily populated areas when a foot of snow falls in a short period of time… but nobody knows which ones. The subway system starts experiencing hiccups even after an inch or two… and grinds to a halt with amazing speed once a real storm hits.

New York taxpayers have decided they want or at least will tolerate a city where traffic stops with substantial snowfall even though the city cannot function without mass commutes from the mainland every morning. A snow storm shutting down the entire city for a Monday evening and all of Tuesday is the preordained outcome of decisions that the city’s population have collectively made. Since nobody can predict how soon after 1 p.m. the subway system closes down, it makes a lot of sense to leave Manhattan by noon.

New York isn’t driven irrational by a snow storm – it is handling the storm in a way that a plurality of voters wants to handle it.