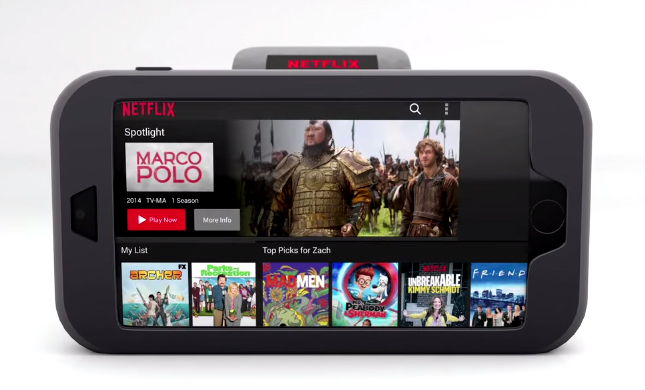 Anyone connected to the tech landscape knows that April 10th is a big day for Apple, the company’s preorder day for its first biggest new product line since the iPad. Netflix is well aware the Apple Watch is coming, and even though the wearable device is not a competitor, the company released a strange but hilarious spoof ad that makes fun of Apple’s Watch.

What the company is humorously advertising is a fake “Netflix Watch” that sits on the wrists and… well, shows you Netflix shows. We’re basically looking at a smartphone placed on the wrist with straps that turn it into awkward device that’ll let you watch Netflix all the time.

“Experience total freedom with the all new Netflix Watch. Now you can view your favorite Netflix Originals directly from your wrist,” the company says on YouTube. “Not only do you get a clear picture, quality streaming and your favorite shows and movies but it also isn’t THAT inconvenient. So for a relaxing time, make it a Netflix time.”

The fun ad has a great ending too, but you’ll have to see it for yourself below.