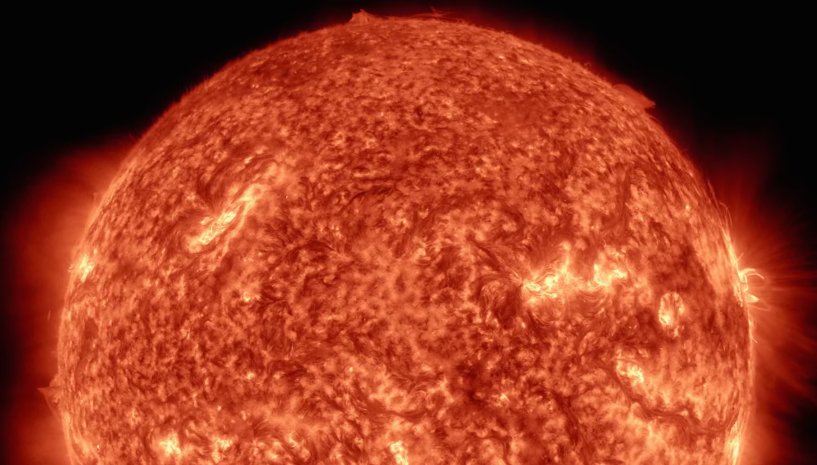 It’s been an exciting year for incredible videos shot from outer space, as just this week we’re being treated to a live video of scientists’ first attempt at landing a probe on a comet. YouTube user James Tyrwhitt-Drake has put together a beautiful 4K timelapse video of the sun that uses over 72,000 images take from NASA’s solar dynamics observatory to show us what the sun looks like as it makes its rotation.

MORE GREAT SPACE VIDEOS: ‘7 hours of terror’: Watch live as scientists land a probe on a comet for the first time ever and Amazing video shows NASA astronauts placing a GoPro inside a floating water bubble

The video is filled with footage of solar flares and also shows us the largest single sunspot recorded over the past 22 years. Each second in the video accounts for roughly 52 minutes and the footage “shows the sun in the ultraviolet 304 ångström wavelength.” The whole thing is worth watching and can be found below.