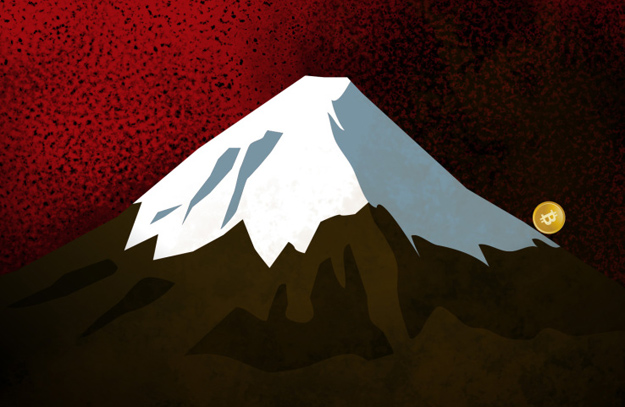 Those who follow virtual currency Bitcoin with even the slightest interest have no doubt read of the major breach and subsequent bankruptcy filing of Mt. Gox, formerly the world’s largest Bitcoin exchange. The Tokyo-based company had been eerily silent over the past few weeks as customers continued to panic as their investments in Bitcoin, some worth millions, had vanished;  Mt. Gox went offline some time ago, and rumors of a breach began to swirl immediately. Now, the company has confirmed that more than $500 million worth of Bitcoins were lost in a major heist that completely wiped out the exchange, and it gave a loose explanation of how it thinks the monumental robbery occurred.

In a nutshell, Mt. Gox’s statement suggests that a software bug created a rush of incomplete Bitcoin transactions, which hackers may have exploited to withdraw funds. An earlier report from a former Mt. Gox employee suggested that the exchange “failed to do basic things in accounting reconciliation and patching software bugs,” TechCrunch notes.

MtGox Co., Ltd. made today an application for commencement of a procedure of civil rehabilitation (minji saisei) at the Tokyo District Court. This application was accepted on the same day. Further, MtGox Co., Ltd is under several orders issued by the Court : a preservative order prohibiting it from paying its debts, transferring its assets or establishing security over its assets, an order establishing a comprehensive prohibition of forced attachment of its assets by its creditors and a supervisory order ordering supervision by a supervisory committee. In consequence, MtGox hereby informs you as follows.

We first express our most sincere regrets and apologies for this situation and for causing so much inconvenience to all our users and other interested parties. We will fully respect the above orders and maintain our assets with all the necessary care.

Financial situation, reasons and timeline leading to this application

(1) As of now, the liabilities of MtGox Co., Ltd exceed its assets and its financial situation is as follows:

(2) The increase of current liabilities may be linked to a loss of bitcoins and customer funds. These are now investigated by an expert and all efforts are made to discover the truth. This application was prompted by the following troubles:

We believe that there is a high probability that these bitcoins were stolen as a result of an abuse of this bug and we have asked an expert to look at the possibility of a criminal complaint and undertake proper procedures.

On the same day (24th), we found out large discrepancies between the amount of cash held in financial institutions and the amount deposited from our users. The amounts are still under investigation and may vary but they approximate JPY 2.8 billion.

We are investigating the causes of these problems. Since there are probably a variety of causes including hacking by third parties, we need to investigate a huge amount of transaction reports in order to establish the truth. As of this date, we cannot confirm the exact amount of missing deposit funds and the total amount of bitcoins which disappeared.

Once we discovered that bitcoins had disappeared and the discrepancies between cash funds and deposit balances, we judged that it would be difficult to continue our activities normally and we therefore closed our site at noon on the 25th (Japan time).

(3) Regarding the filing of a complaint or damages report, an expert has been mandated and investigations have started. We will make all efforts to ensure that crimes are punished and damages recovered.

Further we will fully cooperate with inquiries from authorities and investigations related to this matter, in Japan or overseas.

In order to increase repayments to our creditors, it is necessary to explore the possibility of having MtGox Co., Ltd. continue its business. This is why the civil rehabilitation procedure has been chosen, Rebuilding MtGox Co., Ltd under the supervision of the court in a legally organized procedure while giving proper explanations will not be for the sole benefit of the company but for that of the whole bitcoin community.

All efforts will now be made to restore the business and recover damages to repay debts to creditors. We hope for the understanding and cooperation of all.

Outline of the application

A call center has been established to respond to all inquiries. The call center is planned to start on March 3, 2014. All inquiries to MtGox Co., Ltd. should be made to the following telephone number:

Working hours Monday to Friday 10am to 5pm (Japan time)

Please refrain from contacting the office of the supervisor/investigator.