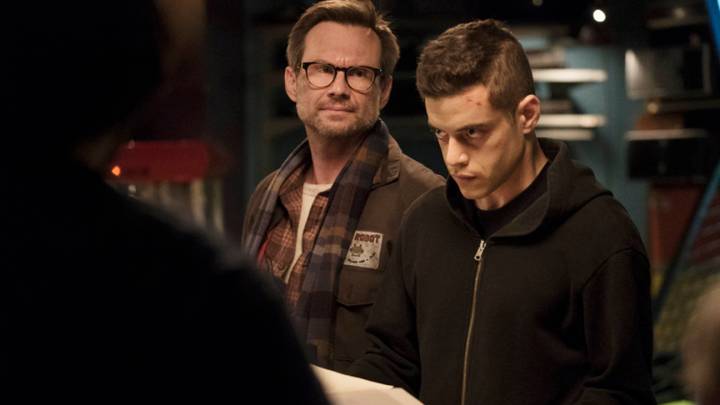 The critically acclaimed Mr. Robot series is getting ready for season two, with fans eagerly waiting for some explanations for the rather puzzling ending of the first season. And the second season will be at least as puzzling, according to a recent interview with the cast and crew of Mr. Robot – in fact, it looks like not even the stars of the show know what’s coming next.

In case you haven’t seen the show yet, then you should know there are some spoilers ahead.

Sam Esmail, the creator of Mr. Robot, appeared at the Television Critics Association’s press tour in Pasadena on Thursday, Entertainment Weekly reports, answering some questions about the show and the next season.

Esmail was reluctant to go into great detail about the plot, but he did say that season two will focus on Elliott (Malek) and his life now that he knows Mr. Robot (Slater) isn’t real.

“There will be a lot more backstory that will be shown, the timeline will get a little clearer — not 100 percent clear, because where’s the fun in that?” Esmail said. “But a little clearer … It really is about Elliott trying to reconcile what this means in seeing Mr. Robot. The series is filling in the blanks of the past and the present of this character … It’s about a guy who becomes aware of this delusion he’s been having.”

Esmail teased there are going to be more big twists in the upcoming season, whose ten episodes will all be directed by him. The director also revealed that he consulted with economic experts to best portray the real-world implications of a hacker organization taking out the world’s biggest company.

Esmail also said that Slater’s character isn’t going away even though Elliott is well aware that Mr. Robot is not real.

“No, I actually think this is the fun part,” he said. “When I first wrote this as a feature [film, the Mr. Robot revelation] happened at the first act break. What the movie was about, was what if a guy discovers this thing about himself, what’s the next thing he does? That, to me, is the interesting part.”

Esmail did not comment on the fate of Tyrell Wellick (played by Martin Wallstrom). And he did offer one – and unexpected — detail about season one that surprised Malek and Slater. Esmail said there was a specific reason Darlene isn’t in the Times Square scene when Elliott has a vision of his family. He then confirmed there are other things in season one that were not real, to the amazement of his colleagues.

In spite of this shroud of mystery surrounding the series, Slater managed to figure out his character right after reading the pilot script.

“I thought this is very interesting, and it’s certainly a subject matter that I hadn’t really seen tackled in this way before, and I thought the Mr. Robot character was very mysterious,” Slater said. “I remember I said to my agent, ‘You think that guy’s really there?’ and my agent’s like, ‘Oh come on, they’d never do that!’ So then I had a meeting with Sam — the first meeting we ever had — and I asked him point blank. And then he told me pretty much the whole outline of the season, and I was so thrilled and so excited, and I think it put us on the same page.”