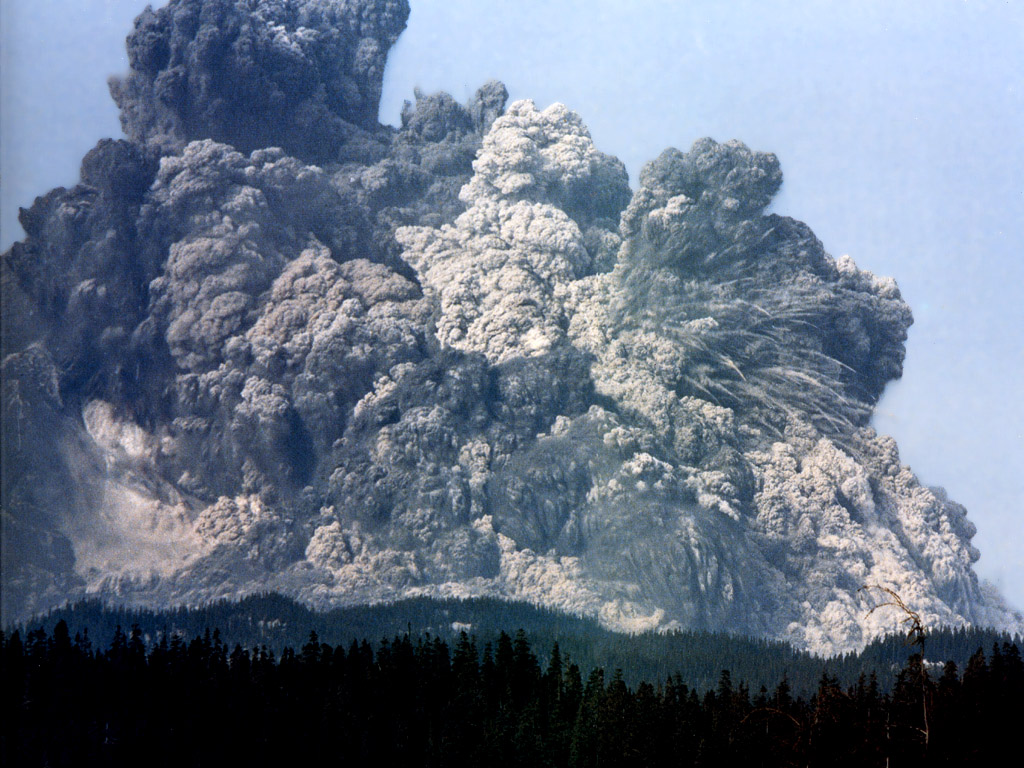 In May 1980, the world gasped at the eruption of Mount St. Helens, which was one of the largest volcano eruptions in America in the past half-century. The May 18, 1980 eruption of Mount St. Helens had a significant impact on the weather and the surrounding landscape of the region for years. Most of us have only seen images from the ground, but now you can see what the incredible eruption looked like from space.

This spectacular imagery comes from the GOES-1 weather satellite and gives us views that show the real effects volcanos have. It shows Mount St. Helens eruption spreading to the north into eastern Washington, Idaho and Montana.

As you can see, an eruption of this scale will spread pretty quickly throughout the surrounding states.

Here are some specifics of the Mount St. Helens eruption thanks to The News Tribune: “A 5.1-magnitude earthquake a mile beneath the summit triggers the largest landslide in recorded history, followed by a lateral blast and mudflow that leveled 230 square miles of forest, killed 57 people and caused billions of dollars in property damage. An ash plume reached 80,000 feet in less than 10 minutes and the ash fallout covered 22,000 square miles.”

Since the eruption almost 35 years ago, Mount St. Helens has remained relatively quiet.