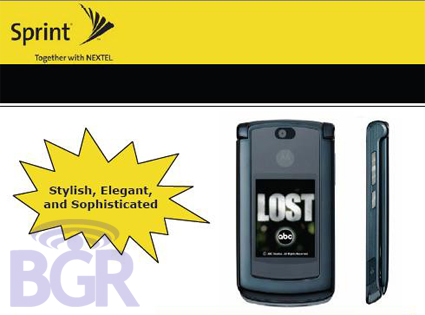 That’s right. Well, if you take the word of an “anonymous” tipster, that is. If it all pans out the Motorola RAZR2 V9m should be lauching on Sprint sometime next month. Some of the supported services will be Sprint TV, Sprint’s Music Store, Wireless Backup, and other Sprint-only features like the NFL Mobile Application. Specs are just what you’ve heard like a 2 megapixel camera, MicroSD slot (up to 2GB), and the ability to tether the device to get on the internet. One thing we immediately noticed was its “up to 3 hours of talk time”. That’s pretty low, guys. Like, yeah.