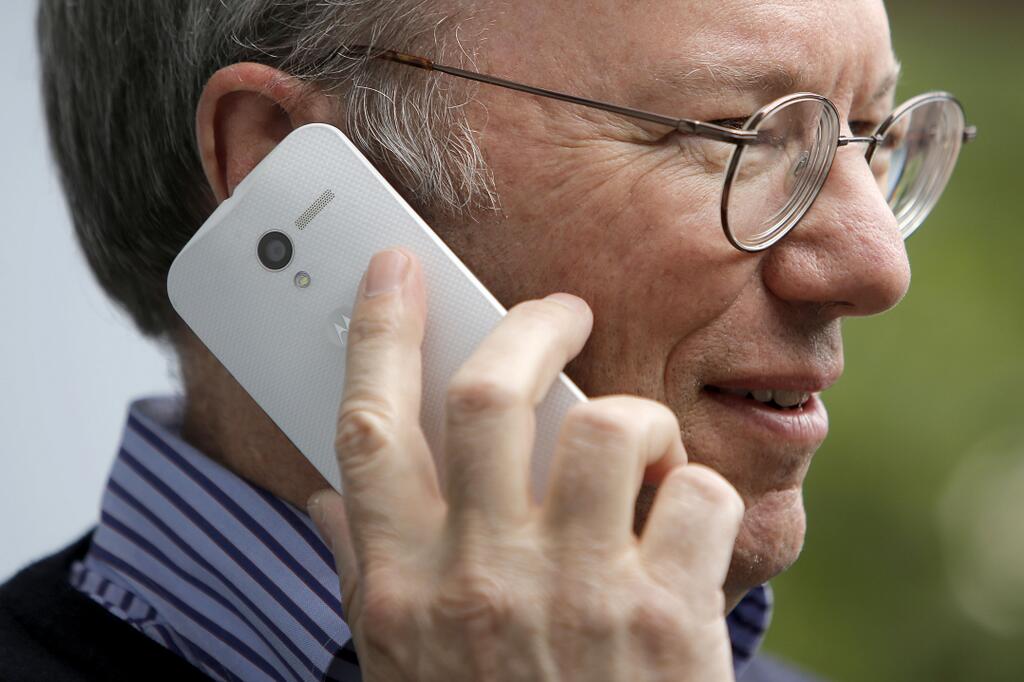 The highly anticipated Moto X smartphone made an appearance on Thursday at the Allen & Company Sun Valley Conference. The annual event held in Sun Valley, Idaho attracts some of the biggest names in tech, including Google Chairman Eric Schmidt, Facebook founder and CEO Mark Zuckerberg and Apple CEO Tim Cook. Schmidt stood out from the crowd not because of what he was doing, but because of the smartphone he was using. Gary He of Insider Images captured photographs of the executive using what appears to be the unreleased Moto X smartphone. When confronted, Schmidt explained that he was “not allowed to comment on the nature of this phone.” The Moto X is expected to launch across all major carriers in the U.S. sometime next month. Additional images of Schmidt using the Moto X follow below.