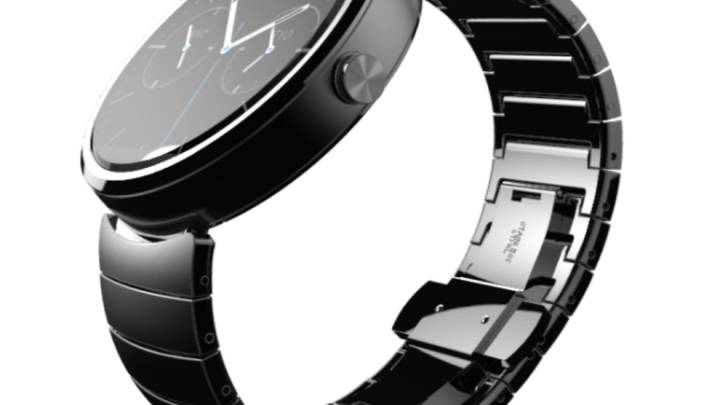 Best Buy on Sunday listed its product page for the upcoming Moto 360 smartwatch, as discovered by Droid-Life, revealing in the process the official price of the highly anticipated Android Wear wearable device, as well as its full specs and features. Many details about the Moto 360 were already known, as Motorola shared certain things about the device, while keeping other hardware details secret – Best Buy’s listing, since removed, basically reveals everything there is to know about the device.

FROM EARLIER: How some lucky people are about to get the gorgeous Moto 360 for free

According to Best Buy, the Moto 360 will retail for $249.99 – or the same price listed in Motorola’s Moto 360 contest from a few months ago, and a price Motorola has subsequently denied – although the retailer did not reveal when the wearable device will actually ship.

The Moto 360 packs a Texas Instruments processor, 512MB of RAM, Wi-Fi 802.11n support, Bluetooth 4.0, a heart rate sensor and an ambient light sensor. Battery life details for the Moto 360 have not been revealed, other than the fact the wearable device will have a lithium-ion battery pack ready to provide “long-lasting operation.”

The watch is also water-resistant (up to 3.3 feet for up to 30 minutes), has a stainless steel case, plastic back and leather band.

Motorola is expected to unveil the Moto 360 during a special media event scheduled for early September.