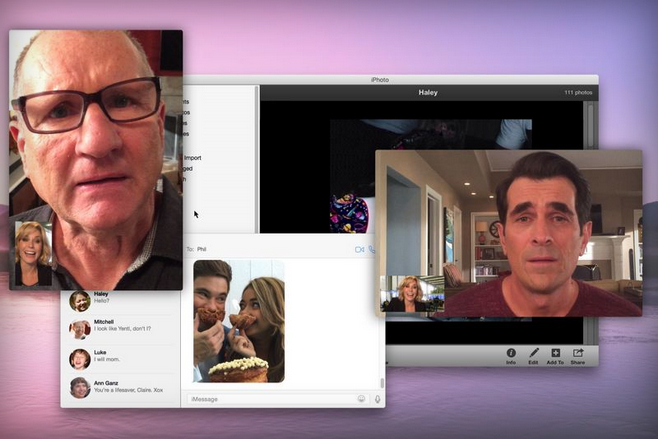 Tonight’s episode of Modern Family will have a decidedly Apple twist (again) insofar as the entire episode will be seen from the perspective of a character’s MacBook. Throughout the course of the episode, titled “Connection Lost,” we’ll see the show’s characters interact with one another using FaceTime and iOS’s Messages app via a variety of Apple devices.

Additionally, the entire episode itself was primarily shot using an iPhone 6 and an iPad Air 2.

Ahead of Wednesday night’s episode, BuzzFeed reached out to series co-creator Steven Levitan to get the inside scoop on how the episode was filmed.

The full four-minute video detailing all of the behind the scenes happenings can be downloaded for free via iTunes.

The episode is slated to air tonight on ABC at 9:00 p.m. Eastern.

Lastly, it’s worth noting that this isn’t the first time Apple has received prominent product placement on Modern Family. A few years back, an iPad was used as a key plot point in an episode that aired just one day before the original iPad as released.

While Apple adamantly notes that it never pays for product placement, it’s certainly not shy about bestowing its products to TV and movie studios in order to get iMacs, iPhones, iPads and MacBooks as much screen time as possible.