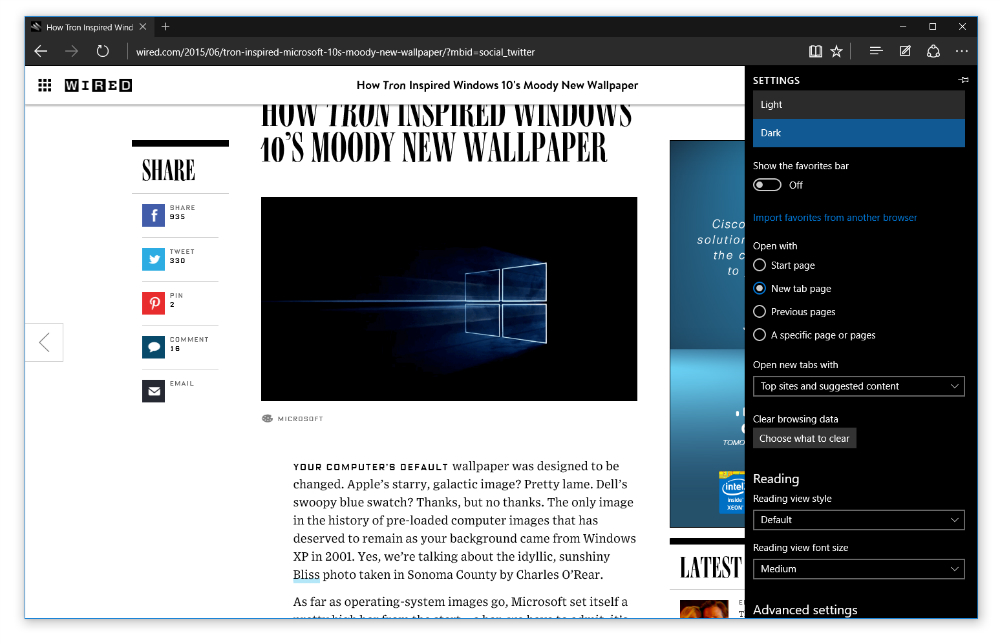 Now that the release to manufacturing (RTM) version of Windows 10 has begun rolling out to Windows Insiders, we can finally begun making accurate evaluations of the new software. On Thursday, Martin Brinkmann of Ghacks installed the latest version of Windows 10 and decided to see just how fast Microsoft Edge is in comparison to other top browsers.

“The Edge team has been continuing to optimize performance since first adding the new browser to Windows 10,” said Microsoft’s Gabe Aul in a post on Wednesday. Here’s how Edge compared to Chrome and Safari “on their own JavaScript benchmarks,” according to Microsoft:

It’s an impressive list, but suspiciously small, so Brinkmann decided to add more benchmarks and more browsers to get a more complete picture of browser performances on Windows 10.

Microsoft Edge did indeed smoke the competition in the JetStream and Sunspider tests, but it performed the worst of all eight browsers in the Peacekeeper test. It also lost out to Chrome and Firefox two times each, leading Brinkmann to conclude that “Microsoft has improved the performance of the default Windows browser by a lot, but since Edge is not beating all browsers in all benchmarks, it cannot be said that it is the fastest browser on Windows 10.”

It looks like Edge is going to be a great alternative for Windows users looking to try something new, but don’t expect miracles from Microsoft’s Internet Explorer replacement.