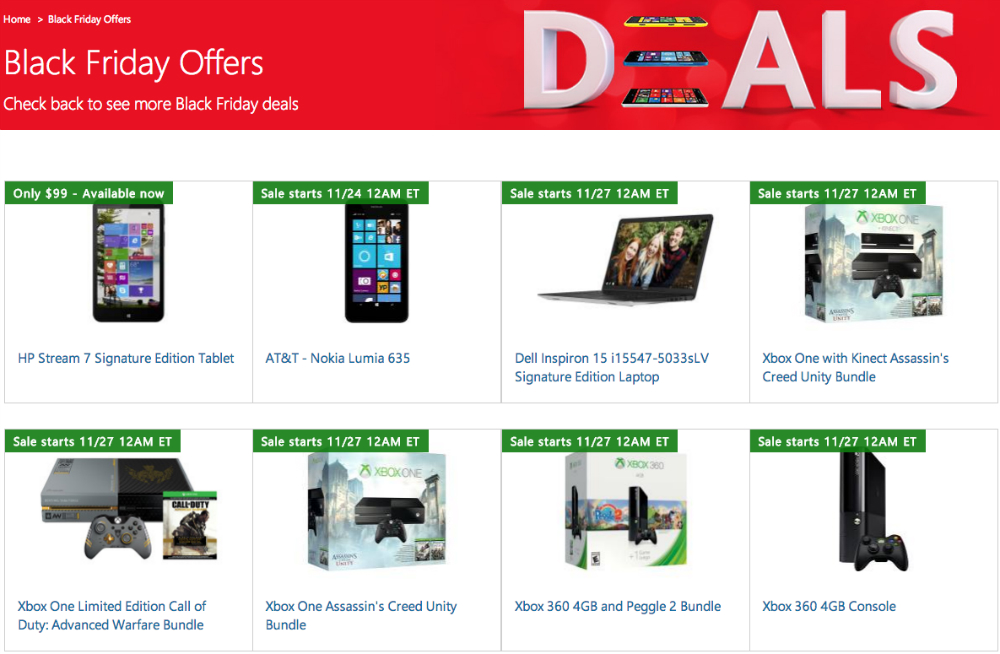 In addition to Target and Best Buy, which have already revealed plenty of details about their upcoming Black Friday sales, Microsoft also has special deals planned for the upcoming shopping spree, including some interesting Xbox One bundles. The company has updated its Black Friday Offers page to highlight its Black Friday sales that will be available to buyers online starting with 12:00 a.m. on November 27th.

FROM EARLIER: Target teases ‘biggest, most digital’ Black Friday sale ever – here are the details

Microsoft’s deals include plenty of standalone games, in addition to console bundles and Windows Phones, tablets and laptops, though most of them lack official prices, as Microsoft has not listed them on its website yet.

Here are some of the most interesting sales Microsoft has planned for Black Friday, with the full list of discounted items available at the source link:

More Xbox One bundle deals will also be available from other retailers this year, including Target and Best Buy.