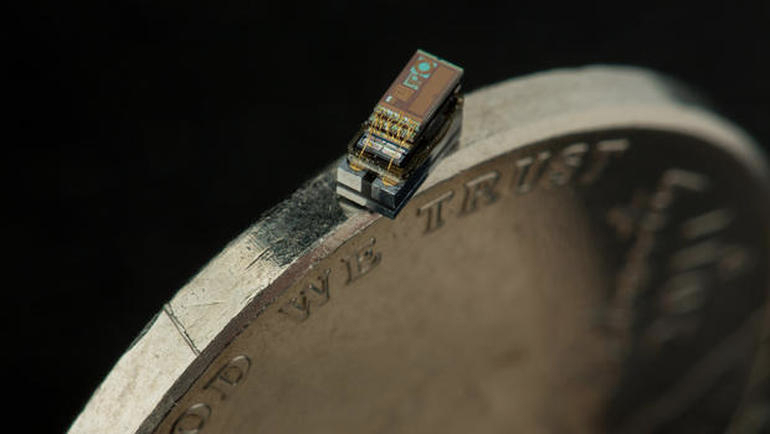 One of the problem with computers, regardless whether they’re desktops, laptops, tablets, smartphones or connected devices, is that they require plenty of electricity to deliver the features we’ve grown accustomed to, and battery life is never on par with our requirements. However, that might change in the future thanks to research that recently came from The University of Michigan.

After working for over a decade on the project, as CNET reports, University of Michigan researchers have come up with a fully functional computer that’s able to perform a variety of tasks even though it’s no bigger than a grain of rice.

The Michigan Micro Mote (M^3) can fit on the edge of a nickel and has a total volume of just one millimeter cubed. The device is believed to be the smallest autonomous computer in the world that’s already capable of offering some useful features that could be applied in various fields including medicine and industry.

The M^3 can perform ECG and measure blood pressure and temperature if injected into a body. The computer can help oil companies detect pockets of oil after being inserted in oil wells and make sure there’s no oil left to extract.

The M^3 is so small because researchers have found a way to make it work without consuming as much energy as traditional computers. Thus, the need of large batteries has been decreased and the computer has been further shrunk down. To recharge it and beam information to it, researchers simply strobe light at a high frequency towards it. The M^3 then returns results back to a main computer using conventional radio frequencies.

The M^3 is already in production, but researchers are looking at ways of further minimizing the overall size of these computers, which they humorously refer to as “smart dust.”