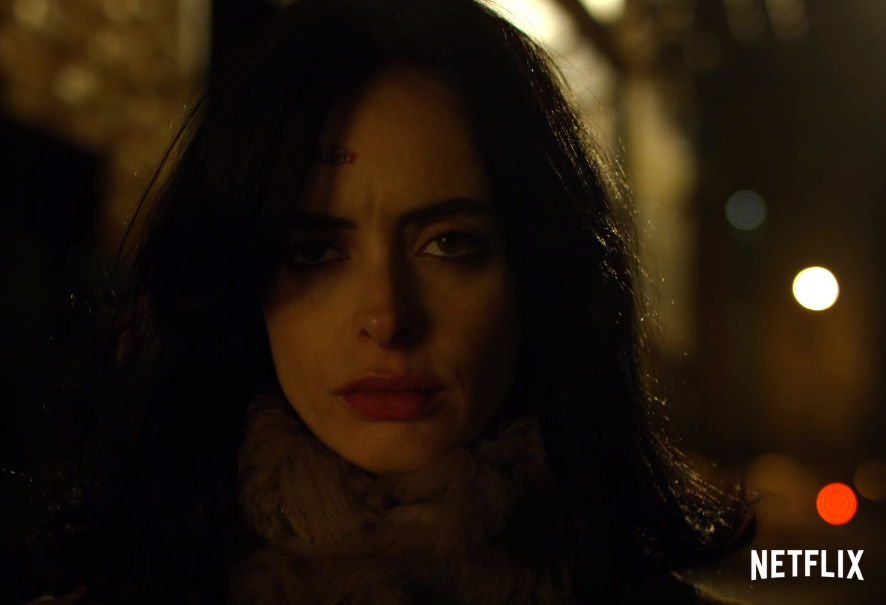 I’ve been enjoying Aziz Ansari’s new show Master of None a lot so far, but the Netflix show I’m really looking forward to this month is Marvel’s Jessica Jones, which promises to be the darkest and most mature Marvel title yet. With just 10 days to go until the show’s release, Marvel and Netflix on Tuesday released a brand-new trailer for the show that gives us some more clues about the story.

MUST WATCH: Conan’s sexual frustration boils over while playing ‘Fallout 4’

For those who haven’t read the comics, Jessica Jones is a woman with super strength who has retired from being a costumed super hero and is now working as a private investigator. She also has a wee problem with drinking — in fact, we see in this new trailer that fellow hero Luke Cage refers to her as a “hard-drinking, short-fused mess of a woman.”

In addition to showing us more of Jones’ love of booze, the trailer also gives us another look at Kilgrave, the show’s major villain who has Charles Manson-like powers of persuasion to make other people do whatever he wants. This villain seems to have an obsession with Jones and he regularly torments her telepathically in several spots in the trailer.

Check out the whole trailer for yourself below.