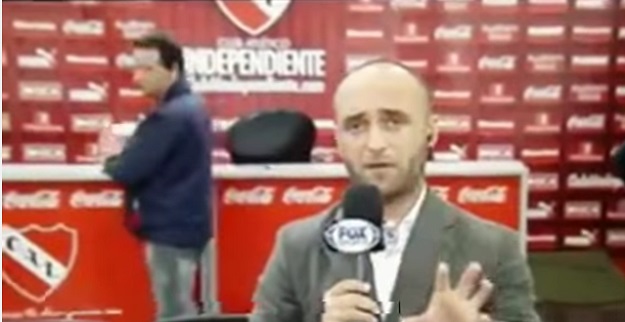 When Roberto Mosky found himself in a press room following a Soccer match in Argentina’s Primera Division, he bizarrely figured that it was as good a time as any to try and make off with an unattended tablet he saw laying on a nearby table.

Of course, Mosky’s vision of a perfect crime was ill-conceived from the start as the press room, shockingly, was filled with cameras. And yet, that didn’t stop Mosky from trying to slyly steal a tablet while he was being filmed, by Fox Sports no less.

According to the Spanish-language site Infobae, Mosky has since apologized for his actions on Facebook, noting that he acted out of “anger and powerlessness.”