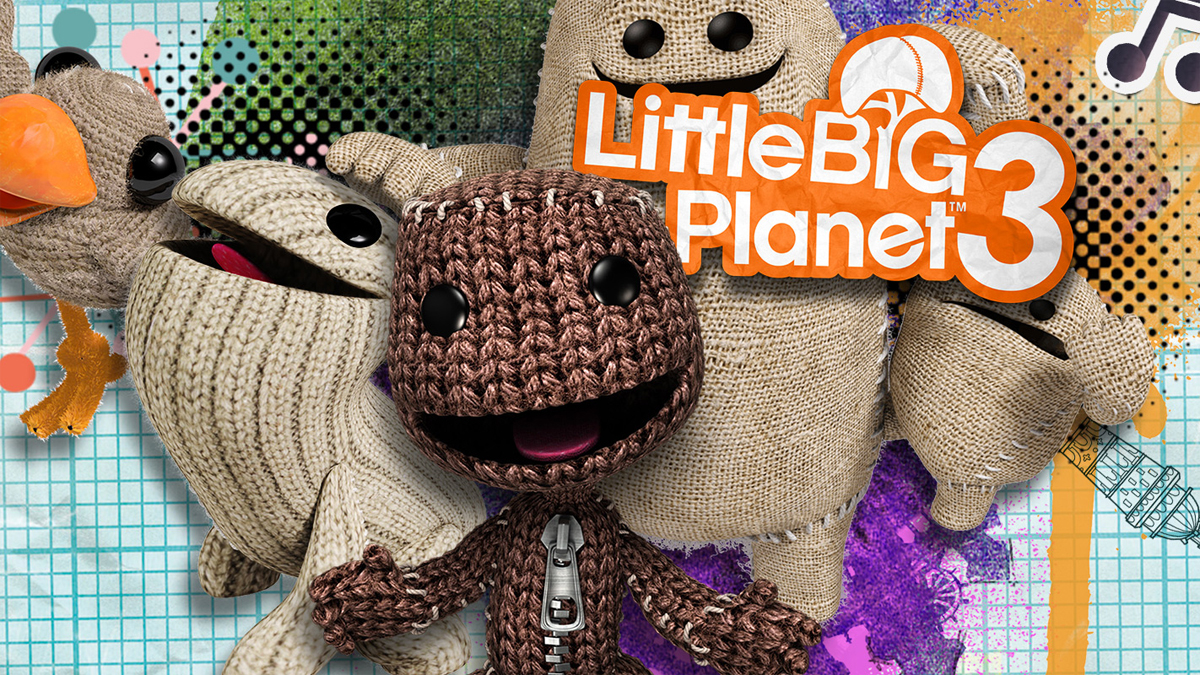 I have a volatile relationship with the LittleBigPlanet series. As much as I want to love every entry, I always seem to run into things that drive me up the wall to the point that I never stick around long enough to see all the incredible inventions that players have published online. I thought that LittleBigPlanet 3 might finally be able to turn me around on the series once and for all.

Developed by Sumo Digital and Media Molecule (possibly the most joyful development studio on the planet), LittleBigPlanet 3 is at its core a sidescrolling platformer. If you’ve played LittleBigPlanet before, you know exactly what you’re in for — a short campaign to introduce you to the vital gameplay elements and a community hub packed with millions of user-created levels.

The campaign has received an interesting overhaul this time around. Rather than placing players on a linear path of levels, LBP3 offers three hub worlds to explore. In each world, the player is tasked with saving one of Sackboy’s new friends, but there are collectables to pick up and optional missions to complete along the way.

Within the open hubs, there are some areas that can only be accessed by specific characters or by using certain equipment. If you want to collect all of the stickers, objects and currency from the story mode, you’ll have to thoroughly explore each hub after you’ve unlocked all four characters and all five tools. On the other hand, you can also just rush through and complete the missions necessary to unlocking the characters and move on, if the story isn’t your thing.

As for the story itself, Media Molecule’s patented brand of whimsy and delight is back in full force. Sackboy finds himself thrown into unfamiliar territory where he must resurrect three heroes after a group of evil Titans steal all the creativity from the world of Bunkum.

Those heroes that you’re unlocking along the way are LBP3’s big twist. Sackboy is still the star of the show, but his companions each introduce a new style of play to the game.

Although Oddsock, Toggle and Swoop do add a new dimension to this 2.5D adventure, they just don’t make LittleBigPlanet any more fun to play.

This has always been my issue with the series — despite how much I love the look of the game and its incredibly dedicated and creative community, I just don’t enjoy running, jumping and flying through LittleBigPlanet. Completing a level is often more of a sigh of relief than a cause for celebration.

It doesn’t help that I ran into several eye-raising bugs during my playthrough, once getting kicked out of the game entirely back to the PS4 home screen. I believe that the latest patch (1.02) was meant to fix most of these issues, but they were frequent enough to color my opinion of the game.

I went in with an open mind, pushing aside all of my preconceived notions about the franchise, but LBP3 refused to let me forget. That said, I still managed to find elements of the game that I genuinely enjoyed.

One of the most valuable additions to the game is the collection of Popit Puzzles which help introduce new (and struggling) creators to the tools at their disposal. Jumping right in to the creation mode can be incredibly daunting, particularly if you’ve never messed with creation tools in a game before. Thankfully, the puzzles are both helpful and entertaining enough that you won’t be put to sleep by them even if you never plan on making a level yourself.

Which brings us to the most important part of LittleBigPlanet 3: the community. There are over 9 million levels available to play in LBP3’s community hub on launch day, a staggering number by any account. Some of these levels are traditional platforming stages, but the ones that stand out (and the ones that keep me coming back to LittleBigPlanet) take a different approach.

The amount of flexibility that this series allows in its creation mode actually makes my brain hurt. It’s one of the reasons why I’ll likely never be able to design a worthwhile level myself, but in spite of my concessions regarding the way the game plays, I could sit in front of the television for a week straight just to see what other, more clever gamers were creating.

I’ve only tried a few LBP3-specific levels, but one of my favorite is a timed course which tasks Swoop with getting to the end of a perfectly designed level as quickly as possible. I say perfectly designed because I got the new high score on my first time through. Therefore: perfection.

In another popular user-created level, I had to control two Toggles, one with the left analog stick and one with the right; one on the top of the screen and the other on the bottom. As the level begins, walls with different shaped holes in them start sliding towards the screen. I had to move Toggle and adjust his size based on what was approaching. It was basically a fast-paced, terrifying game of Hole in the Wall.

In moments like this, when LittleBigPlanet takes on a life of its own, the game clicks with me. It’s impossible not to marvel at the talent of the community, almost making up for the technical shortcomings that so frequently crop up throughout the rest of the game.

If you’re a fan of the series, LittleBigPlanet 3 is more of everything you love. More characters, more tools, more voice acting — it’s the biggest LittleBigPlanet yet. If LittleBigPlanet has never interested you before now, I can’t promise that the third main entry will change your mind, but there’s no denying that you’ll never run out of things to do.

Sony provided BGR with a copy of LittleBigPlanet 3 for this review.