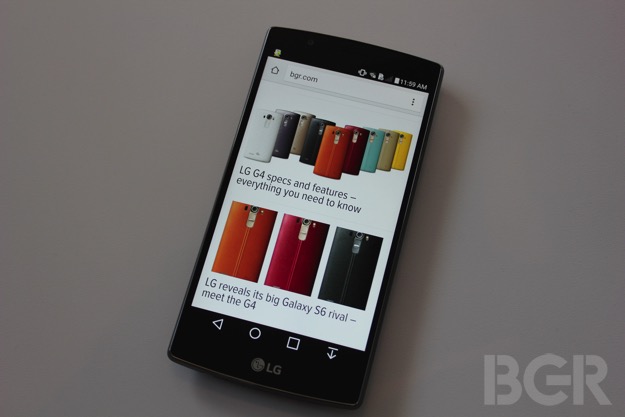 LG has just unveiled the G4, a device that’s going to compete against the Galaxy S6 family and the HTC One M9 in the high-end Android smartphone category. But LG apparently knows that the rival to beat is the iPhone 6, because the company has taken particular care on its website in pointing out exactly why its new G4 is better than any iPhone.

The company advertises the superior resolution of the G4, while simultaneously showing users that the phone is significantly smaller than the iPhone 6 Plus thanks to the lack of physical buttons on the front side.

The G4 has a 5.5-inch Quad HD display (2560 x 1440 resolution). LG says on its website that “pixel for pixel, the display on the new G4 has a higher resolution than the iPhone 6 Plus. With more than 3.5 million pixels at your disposal, you can see everything in amazing detail.”

Meanwhile, the Galaxy S6 and HTC One M9 are not mentioned anywhere on the same page.

The G4’s full specs and a benchmark comparison with the Galaxy S6 and HTC One M9 are available at this link.