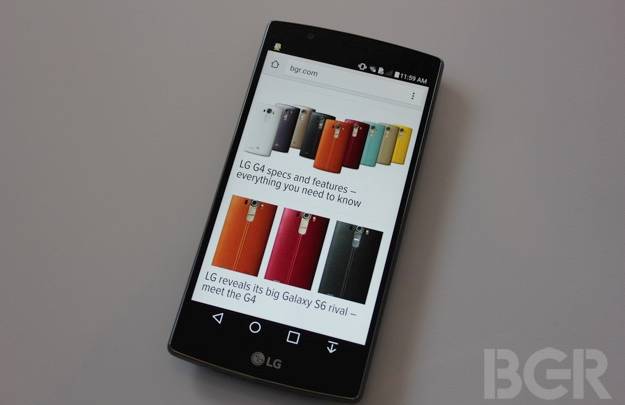 LG on Tuesday finally unveiled the G4, its flagship device that’s supposed to take on the iPhone 6 and top Android handsets from competitors, including the Galaxy S6 and the HTC One M9 that launched in stores a few weeks ago. The first comparisons between these three Android monster phones have now been published, and they cover specs as well as performance tests.

DON’T MISS: Google is about to release a new version of Google Maps – get it here before it’s released

Unsurprisingly, the G4 is faster than its predecessor, GSM Arena’s tests revealed, but it’s not in the same league as the Galaxy S6 and the HTC One M9. That doesn’t mean the G4 is a slouch though – and for many buyers specs and benchmark comparisons aren’t so important.

In all benchmarks performed by the publication, the G4 scored lower than the Galaxy S6 and HTC One M9, with Samsung’s flagships constantly found at the top of the pile, a detail that was known for a while now.

The Galaxy S6 and Galaxy S6 edge come with Samsung’s new Exynos chips on board, while the HTC One M9 has Qualcomm Snapdragon 810 processor inside. Meanwhile, LG has opted to ditch the controversial Qualcomm flagship chip, which it used for the LG G Flex 2 launched earlier this year, replacing it with the new Snapdragon 808.

The G4 does have other features its main rivals lack, including what’s touted as significantly better cameras and a removable battery. Moreover, unlike the Galaxy S6 models, the G4 does come with microSD support.

A full LG G4 vs. Galaxy S6 vs. Galaxy S6 edge vs. HTC One M9 comparison follows below (via Droid-Life), right after the benchmark tests performed by GSM Arena. Meanwhile, you can check BGR’s hands-on with the newly unveiled G4 at this link.