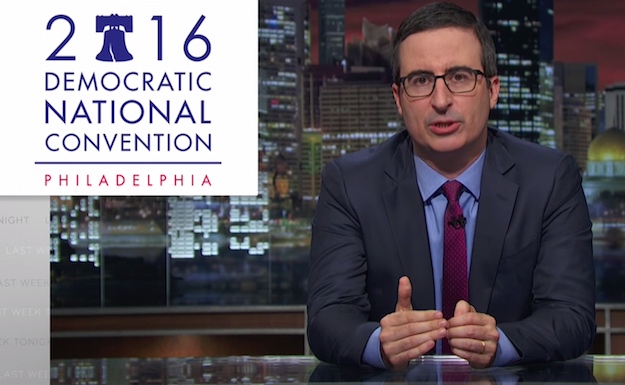 John Oliver of Last Week Tonight was back in action this week and took some time to skewer Donald Trump and laugh at some of the nonsense that transpired at last week’s Democratic National Convention.

One of the sharper and more insightful things Oliver had to say centered on Trump’s uniquely rare and unprecedented ability to basically say anything he wants — no matter how offensive or blatantly false — and not suffer any serious political ramifications.

DON’T MISS: Pokemon Go players are furious because Niantic removed a key feature instead of fixing a glitch

“Just this week, he declined yet again to release his tax returns, lied about getting a letter from the NFL agreeing with him that the debate shouldn’t clash with football games, called Angela Merkel a moron, implied that Brazil brought the Zika virus on themselves, and encouraged a foreign power’s hack on his political rival,” Oliver exclaimed. “Now, two of those didn’t happen, but you’re not sure which two, and that’s kind of the point, isn’t it?”

“Because Trump hasn’t said one crazy thing,” Oliver continued, “he’s said thousands of crazy things, each of which blunts the effect of the others. It’s the bed of nails principle:  if you step on one nail, it hurts you, but if you step on a thousand nails, no single one stands out and you’re fine. That is how Donald Trump has managed to say pretty much anything in this campaign, seemingly without consequences.”

The full video can be enjoyed below.

Per usual, Oliver’s take is equal parts informative and hilarious, and no figure is really safe from his biting political satire. Personally, I enjoyed Oliver drawing attention to Hillary Clinton’s outfit and declaring it a form of Pitbull cosplay.