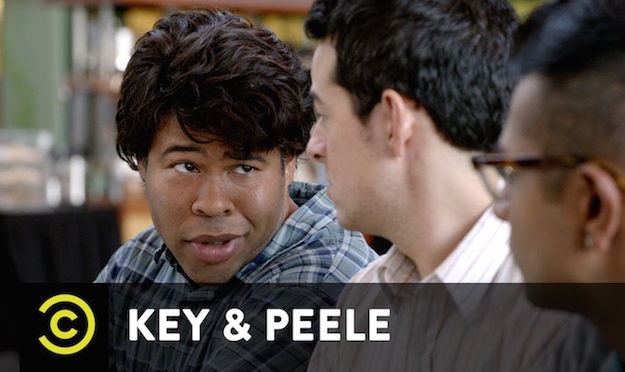 During an impressive and endlessly hilarious 3-year run on Comedy Central, Key & Peele picked up where Chappelle’s Show left off and took irreverent sketch comedy to even greater heights.

Anchored by comedy aces Keegan-Michael Key and Jordan Peele (formerly of Mad TV and Second City), Key & Peele consistently delivered exceedingly funny and creative sketches that routinely went viral after airing on TV. From the famed Substitute Teacher sketch to I Said B**ch, the show finished up its run last September with an endless library of memorable bits.

If you happened to miss the brilliance of Key & Peele the first go-around, we’ve got you covered.

In an exciting move, Comedy Central recently decided to make every single Key & Peele sketch ever created (more than 300 in total) available online for your viewing enjoyment, including 176 sketches that were never previously released digitally.

The new video repository is already up and running on Comedy Central’s website and can be found here.

The press release reads in part:

The new site is the authoritatively and unequivocally complete K&P destination with over 300 sketches, including 176 sketches never before released digitally, as well as new, original content including sharable GIF’s and memes and an illustrated insider’s “Key & Peele Dictionary” highlighting some of the show’s most memorable catchphrases. In addition, fans can type in unique URLs featuring memorable characters and sayings that will direct them to the site. Examples include liamneesons.com, obamaandluther.com, Isaidbiiiiiiiiiitch.com, meeganandandre.com and insubordinateandchurlish.com, holygarbanzobeans.com and of course cc.com/keyandpeele.

The site will be a robust experience that will include sketches filtered by season, character and category as well as curated by collections. Examples include celebrity favorites, sex, weed, nerd, horror, politics, and football. Fans can utilize the dictionary to bone up on the unforgettable language from the series – i.e. “Dicknanigans,” “Nooice” and ‘I said bitch.” Additionally, every sketch will be accompanied by shareable GIFs and memes unique to the content. Other highlights include audiofiles, illustrations and a pronunciation guide.

And just like that, productivity across America just took a serious hit.