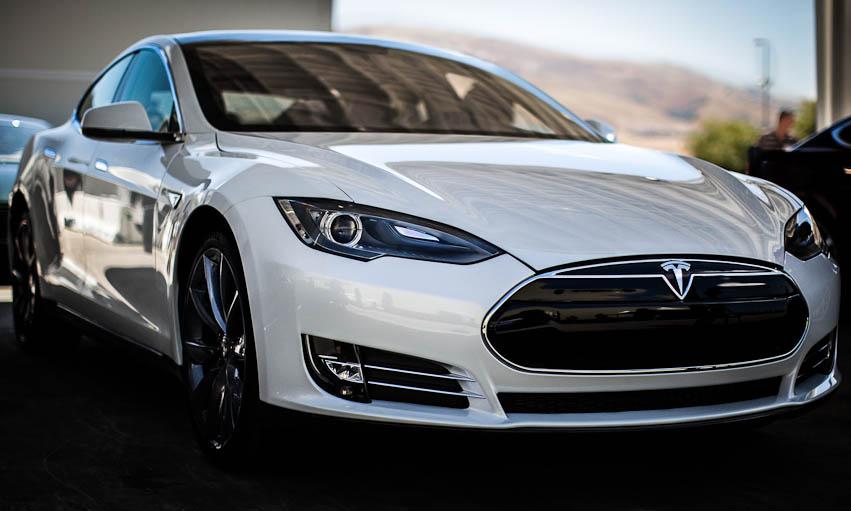 With no shortage of reports claiming that Apple has grand plans to develop an electric car, a number of folks have naturally wondered why Apple doesn’t just buy Tesla. Tesla, after all, is largely viewed as the Apple of the auto industry and already sells what many consider to be the best car on the market. What’s more, Tesla has already paid for and owns much of the costly infrastructure associated with car production.

Now comes word via AppleInsider that Apple’s design chief Jony Ive was spotted talking to Tesla CEO Elon Musk during an Oscars afterparty this past Sunday.

A source tells AppleInsider that both Jony Ive, Apple’s famed designer, and Tesla CEO Elon Musk were among the attendees at Madonna’s A-list Oscar afterparty on Sunday — an extremely exclusive event where all press and photography are strictly prohibited. Ive and Musk were observed speaking “really close” and “basically inseparable” from each other for a period that seemed to stretch on for roughly 30 minutes, this person said.

The source said that Ive was walking around with a few people at the party before he was approached by Musk and their conversation began. The two were said to have exited the party together at around 5 a.m.

Interestingly enough, rumors that Apple might be interested in acquiring Tesla first emerged one year ago following a reported meeting between Musk and Adrian Perica, Apple’s Mergers and Acquisitions point man. Addressing such rumors head on, Musk subsequently confirmed that Tesla did in fact have “conversations with Apple” but added that “any acquisition scenario” was unlikely.

Barring any future Tesla acquisition, and assuming Apple’s car plans are real, Apple and Tesla may be on the precipice of becoming fierce rivals. Indeed, such a rivalry may already be in full swing as the two companies are already engaged in a battle for key talent. Earlier this week we reported how Apple is offering Tesla employees $250,000 in signing bonuses and 60% salary bumps if they jump ship.