JiveTalk for the Apple iPhone 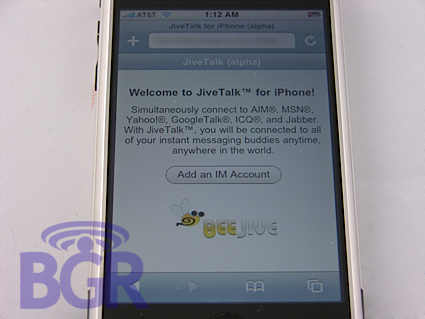 We were lucky enough to get a super sneak peak at another one of JiveTalk’s IM clients, again. This time, the iPhone version blessed us. It’s still the same multi-IM network JiveTalk we love — just in a web version. They’ve made it the most usable, and functional Instant Messaging app for the iPhone so far, and mind you this is still technically alpha software. A notable lacking feature is actual alerts, like vibrate, or sound based (they are working on the sound). At the end of the day, this is almost the best of what could be done with Apple’s “web only” approach, and they ended up making a pretty usable program. Click on for the full features, screen shots, and release date! 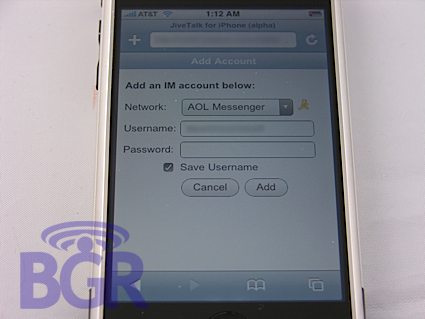 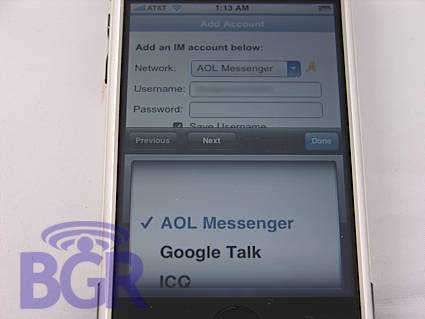 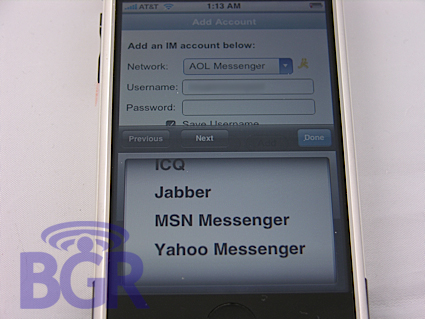 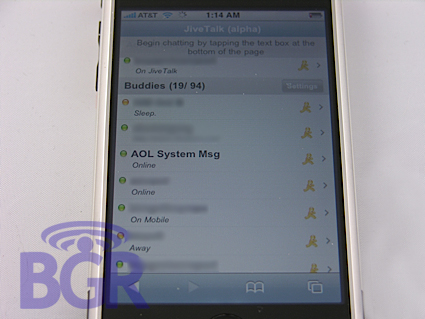 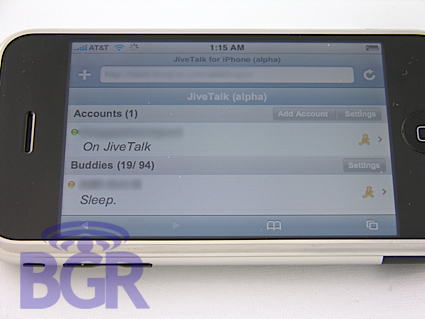 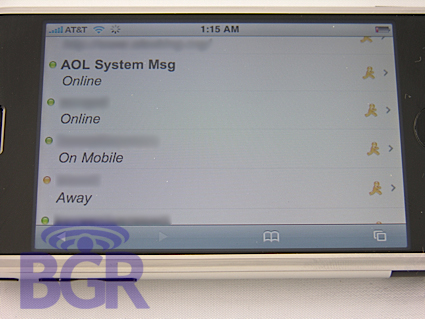 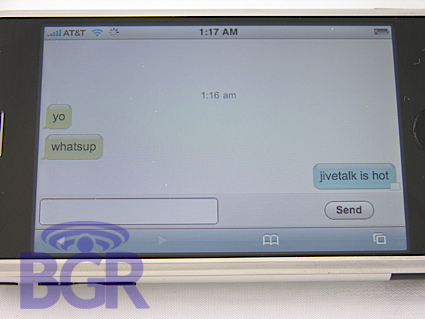 Coming Soon:
– battery saver mode
– support for emoticons
– email/call/hyperlinks
– most other features in JiveTalk for the BlackBerry, but not all though.

The public alpha should be available starting Monday. To use it, just point Safari on your iPhone to http://www.beejive.com, and it will automatically direct you to the iPhone IM client. Let us know what you think of it when you try it out!