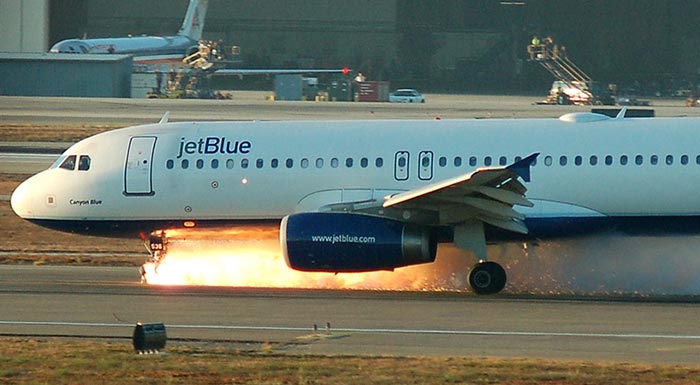 Hot on the heels of American Airlines’ announcement to offer limited-scope WiFi on some flights, JetBlue Airways has joined the fight, or should we say flight? Starting next week, with a test run of a few months, certain flights and planes will offer a limited-bandwidth version of WiFi. It’s a partnership with Yahoo and RIM, so expect early versions to be limited to services offered by those two companies. The test-run version of this project is still free for the consumer, since it barely works they’re still working on getting the bugs out, but expect future versions to be more robust, and consequently, not free. However, estimated prices will probably run in the $10/flight range, making it seem pretty worth it on longer trips. Some would argue that, if you’re a frequent business flyer, sometimes the solice of a plane flight is a welcome addition to your week. But, it’s obvious that the technology won’t be stopped, and will find its way onto planes in the near future. Says analyst Henry Harteveldt: “In a few years time, if you get on a flight that doesn’t have Internet access, it will be like walking into a hotel room that doesn’t have TV.”