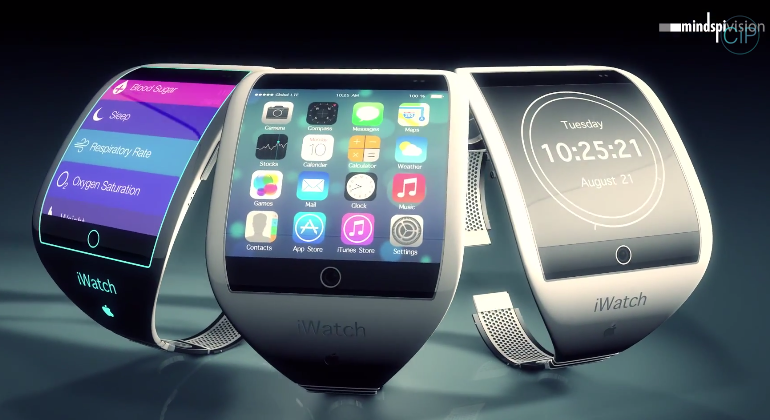 A new iWatch concept video imagines Apple’s upcoming smartwatch as a slim wearable gadget that would feature a large, flexible, touchscreen display ready to offer users access to many default iOS features. In fact, considering the size of the device, such an iWatch could perform many iPhone functions, including texting, although there isn’t support for a Phone app.

The rumored iOS 8 Healthbook app can also be seen running on the device, but the proposed interface does not offer any iWatch-only software elements.

The concept features several other elements of an iPhone, including a home button, volume rockers and a standby button. SIM support is also hinted at in the video, which would mean such an iWatch would not require a connection to an iOS device to work properly.

Apple is rumored to be planning to launch an iWatch device later this year, but the device will be a companion for other iOS devices ready to measure various health parameters, keep track of fitness various fitness activities and show notifications, rather than a standalone iOS gadget.

While interesting, this video imagines a product that Apple won’t make anytime soon.

For what it’s worth, the iWatch is rumored to feature a flexible display and to integrate Healthbook support, although actual images of the product have not been leaked yet.

The video, conceived by Mindspi Vision, follows below.