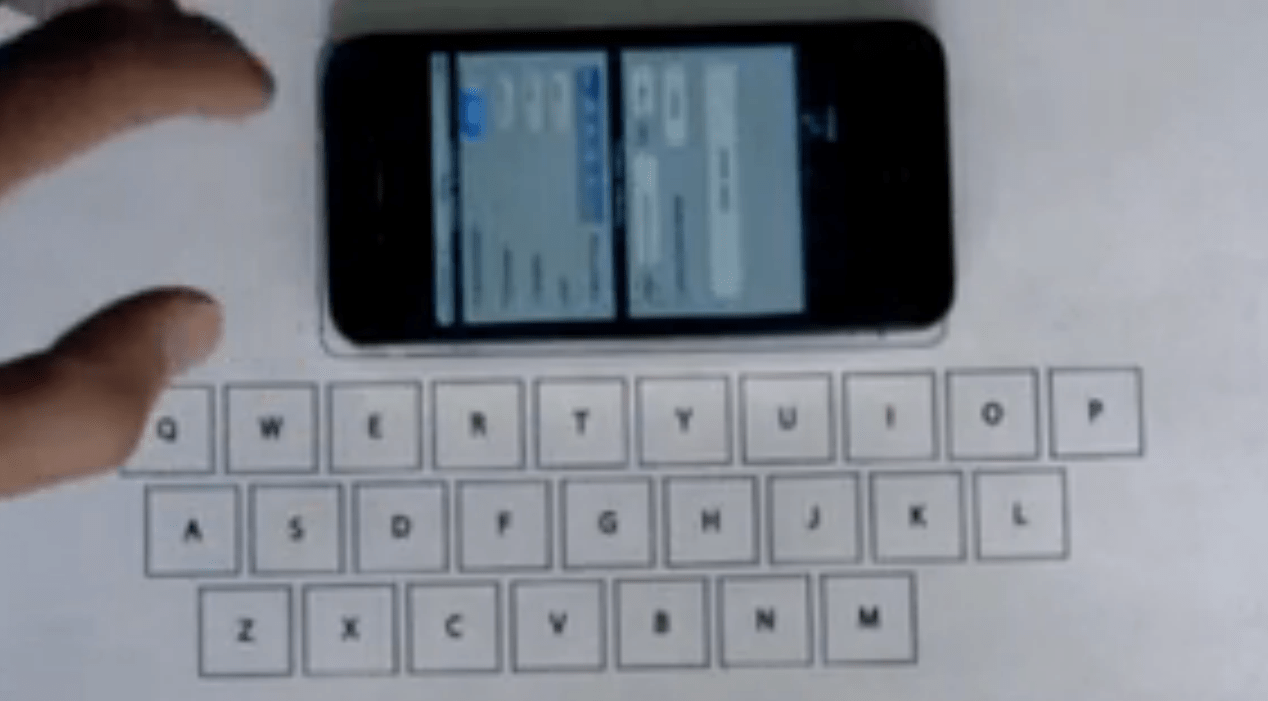 Who says you can’t use your iPhone like a laptop? Per the Telegraph, a computer science student in the United Kingdom has used the iPhone’s built-in accelerometer to measure vibrations that are then programmed to correspond with keys on a “virtual keyboard.” So for instance, if you put your iPhone down on a table and tap from a close distance, it will register as one letter while tapping further away will register as a different letter. As the Telegraph notes,this virtual keyboard right now gets the correct letters just 80% of the time, which is something that creator Florian Kraeutli says won’t be improved without a stronger accelerometer. Kraeutli also describes the virtual keyboard as more of a “proof of concept” than a commercially viable invention. A video demonstration of the iPhone keyboard is posted below.