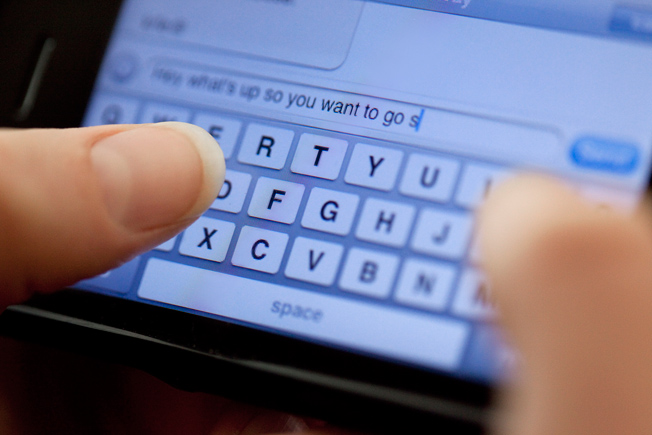 We all know the dangers of looking down at our phones while behind the wheel of a car, but when that familiar beep or buzz signals the arrival of a text message, it can be hard to resist glancing away from the road momentarily. A recent patent from Apple could solve the problem once and for all. Published on the USPTO website this week, Apple’s “driver handheld computing device lock-out” mechanism would disable certain functions on a mobile device while the user is driving.

In one iteration, the mechanism wouldn’t even require any hardware modifications to existing devices — if the iPhone’s motion analyzer were to detect high speeds, based on GPS data or cell phone signals, it would simply lock up. In another iteration, car manufacturers could modify vehicles to send a signal to any device in range once the key is inserted into the ignition.

Apple is fully aware of how tempting a text message can be while on the road:

“Texting while driving has become a major concern of parents, law enforcement, and the general public,” Apple writes in the patent. “An April 2006 study found that 80 percent of auto accidents are caused by distractions such as applying makeup, eating, and text messaging on handheld computing devices (texting). According to the Liberty Mutual Research Institute for Safety and Students Against Destruction Decisions, teens report that texting is their number one distraction while driving. Teens understand that texting while driving is dangerous, but this is often not enough motivation to end the practice.”

Local governments are doing everything in their power to punish individuals who text while driving, but without a hardware-based solution, the issue will never disappear entirely.