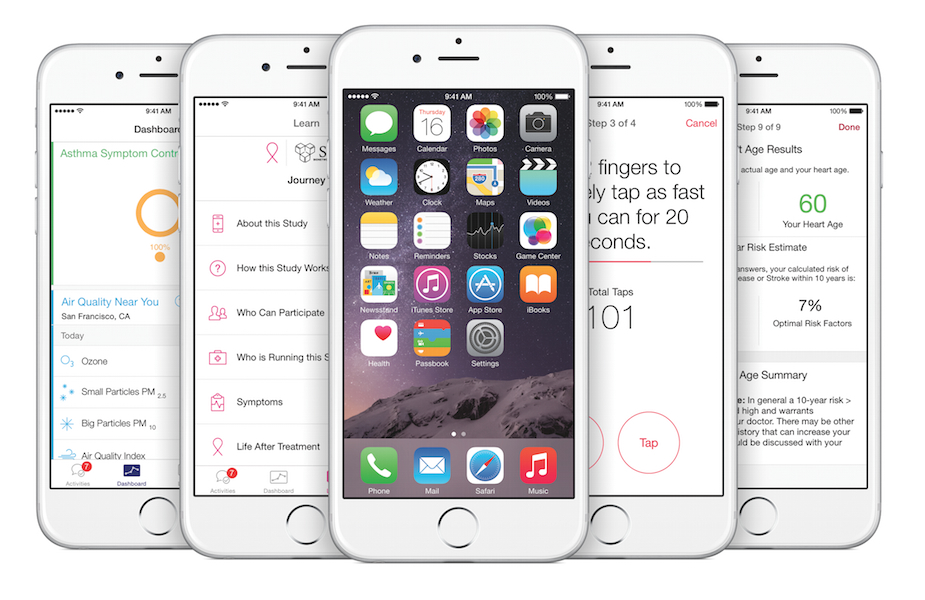 One of the surprising announcements Apple made during its Spring Forward Apple Watch event concerned medical research. While regular consumers who aren’t specifically interested in this particular field might find it rather boring for now, the ResearchKit framework might prove to be a major step forward for the future of medicine. The open-source project, a rare thing from an all-controlling Apple, has been in the making for quite a long time and Fusion has learned more details about it from a source that’s more than familiar with Apple’s medicine ambitions.

The publication reveals that Apple was already working on what ultimately became ResearchKit as far back as September 2013. Late that month during Standford’s MedX conference, the company talked about its medical ambitions with Dr. Stephen Friend, the founder of a nonprofit working on open science and data sharing who is now a medical technology advisor for Apple.

“I can’t tell you where I work, and I can’t tell you what I do, but I need to talk to you,” Apple’s Mike O’Reilly told Friend after the latter finished his presentation on the future of medical research and open source data.

O’Reilly was already more than familiar with what modern devices can do for health. Having been recently appointed as vice president for medical technologies at Apple, O’Reilly was working on what eventually became ResearchKit. Before joining Apple, the exec worked at Masimo, a company that developed health-related trackers compatible with iPhone.

Friend was intrigued by Apple’s concept, and choose to help out with ResearchKit in the months that followed. At the time, even though he was advocating for a project like ResearchKit, there were no actual similar programs available to researchers.

“Imagine ten trials, several thousand patients,” he told the audience O’Reilly was part of. “Here you have genetic information, and you have what drugs they took, how they did. Put that up in the cloud, and you have a place where people can go and query it, [where] they can make discoveries.”

Friend also believed that patients should be able to control the data they share, even though the project should be open-sourced.

One of the reasons Friend liked Apple’s approach is the privacy-oriented mantra that governs the company, as opposed to competitors that might also consider using information collected via ResearchKit-like programs for revenue-related purposes.

Google and Facebook “make their power by selling data… They get people information about other people,” Friend told the publication. “Apple has said, ‘We will not look at this data.’ Could you imagine Google saying that?”

Since being introduced ten days ago, ResearchKit became quite popular, with the first apps developed for it having received interest from thousands of iPhone owners who want to be included in the available medical studies.

The full story detailing the beginnings of ResearchKit, or at least as much as Apple is willing to share, is available at the source link.