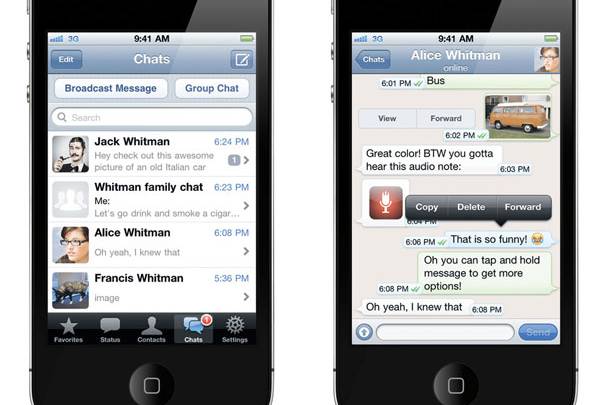 What makes Onavo’s AppRank chart so interesting is the sharp contrast it reveals compared to download charts. AppRank tells us what portion of iPhone owners use an app during a month; it describes actual engagement rather than how many consumers have downloaded an app. This is a crucial distinction, because consumers quickly lose interest in most apps they download, yet certain apps with small download volumes turn out to be highly addictive. The most important low-volume, high-engagement app cluster right now consists of new messaging apps gaining serious traction. Both Viber and Kik are hitting 5% engagement levels in America and are growing rapidly.

That 5% is an extremely tough milestone to hit. There are only six iOS games currently topping that magic 5% engagement level among iPhone owners. Legendary games like Plants vs. Zombies, Fruit Ninja and Angry Birds all have engagement levels of 1.9% – 2.6%. These blockbuster apps have download volumes topping hundreds of millions and stellar brand recognition as well. Yet second-tier messaging services like Kik and Viber are now beating them by a country mile when it comes to actual usage.

The fascinating thing about Kik and Viber is that their download volumes kind of stink. Kik has only spent a week in the iPhone’s U.S. top-20 download chart — and that happened in 2010. Viber has spent precisely one day in top-50 since the end of 2010. These two apps are seriously obscure; a vast majority of consumers older than 30 years has never heard of either one. Yet both are making massive engagement gains simultaneously. Even though they compete in the same precise messaging niche and are going head to head against WhatsApp (engagement level 8.6%) and Facebook Messenger (13.7%).

How is it possible Kik and Viber are both growing their active user bases so rapidly against such formidable competition, despite the facet that few people actually download them?

This is entirely unanticipated. Nobody expected that the U.S. iPhone platform could support an entire ecosystem of between four and seven flourishing messaging systems that are all expanding rapidly; GroupMe and LINE are also growing magnificently in America right now.

The Achilles Heel of mobile games has always been that they have trouble holding on to strong engagement levels. Their grip on consumer time waxes and wanes, with aging blockbusters still holding on to top-20 download spots while their engagement numbers drop below 2%. But even a minor messaging app can hit 5% engagement level without gaining mainstream brand awareness. Not surprisingly, the only game with 12% monthly engagement level is Words With Friends, an app enhanced by its own smooth messaging system.

There is something very interesting going on here. Will the emerging messaging systems start hurting giants like Facebook, Twitter and Skype in the mobile sphere? Twitter’s engagement level has already started inching down while Skype’s growth has tapered off. Will games have to add messaging features or are the game extensions of apps like LINE and others going to challenge traditional game franchises?

There is something of an earthquake going on in the app market and it is not entirely clear how it will reshape the terrain.