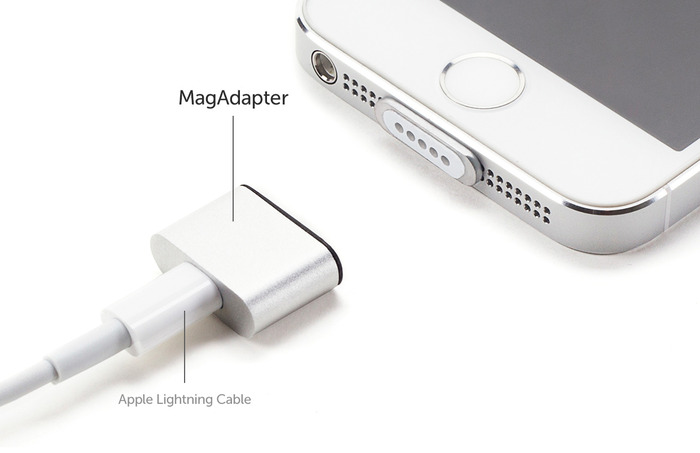 It’s not always easy to find innovative, high-quality iPhone accessories amid all the garbage out there. We discussed the problem recently while reviewing the only iPad stylus you should care about, and it will remain an issue for the foreseeable future. There are some great accessories out there though, and a new one that will be released later this year could very well be the greatest iPhone accessory we’ve ever seen.

A startup called Hevo Labs recently launched a Kickstarter crowdfunding campaign in an effort to make their idea, dubbed “Cabin,” a reality.

What is Cabin? In a nutshell, it’s a MagSafe system for the iPhone 5 and iPhone 5s. For those who have never owned a MacBook laptop, Apple uses a special magnetic charging system that allows the male end of a charger cable to attach to the female port on the laptop using magnets instead of a traditional plug mechanism.

The Cabin project includes a number of add-ons beyond just a MagSafe-like adapter that plugs into the iPhone’s Lightning port and a second adapter that connects to the charger cable. The company is also developing a gorgeous auxiliary battery attachment and a dock, which are each made available at different price points.

The Cabin charging solution starts at $25 for just the iPhone adapter and cable adapter, and they are expected to begin shipping in November. Of course, the iPhone 6 will be out by then, so people who plan to upgrade should consider that before placing any orders.

Hevo says it is already working on a new design for the iPhone 6, but the current Kickstarter campaign applies to the iPhone 5/5s version only.