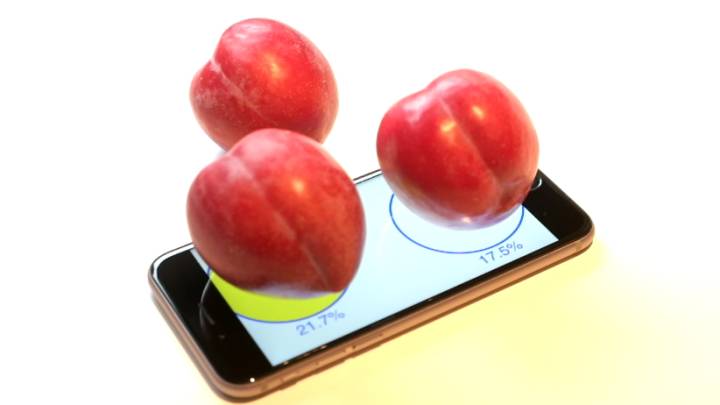 Curious developers looking to get a better understanding on the iPhone 6s’ new 3D Touch feature have already looked at how the 3D Touch code in iOS 9 works and have even came up with interesting uses for the new interaction gesture Apple introduced last year. 3D Touch officially supports system-wide shortcuts to app features and is a quick way to preview in-app content, but the feature may get even more exciting in the future as Apple brings it to more and more devices.

One developer recently demoed one other neat trick for 3D Touch: It can actually weigh objects.

Sure, you’ll say that Huawei already did this on stage during the Mate S event that took place a few weeks before the iPhone 6s, but the Chinese phone maker may have only come up with the feature as a gimmick, meant to show the world Apple won’t be the only company offering that particular screen technology.

Meanwhile, developer Simon Gladman found a way to compare the weight of plums – or any other objects – using the iPhone 6s’ 3D Touch screen. The video below shows an object-weighing app concept in action, but the app is only available on jailbroken devices, so don’t get too excited about it just yet.

If you’re curious too about how 3D Touch works, check out this post that explains some of the secrets of the gesture, and read more about the reason Apple is currently limiting 3D Touch to providing shortcuts for various actions.