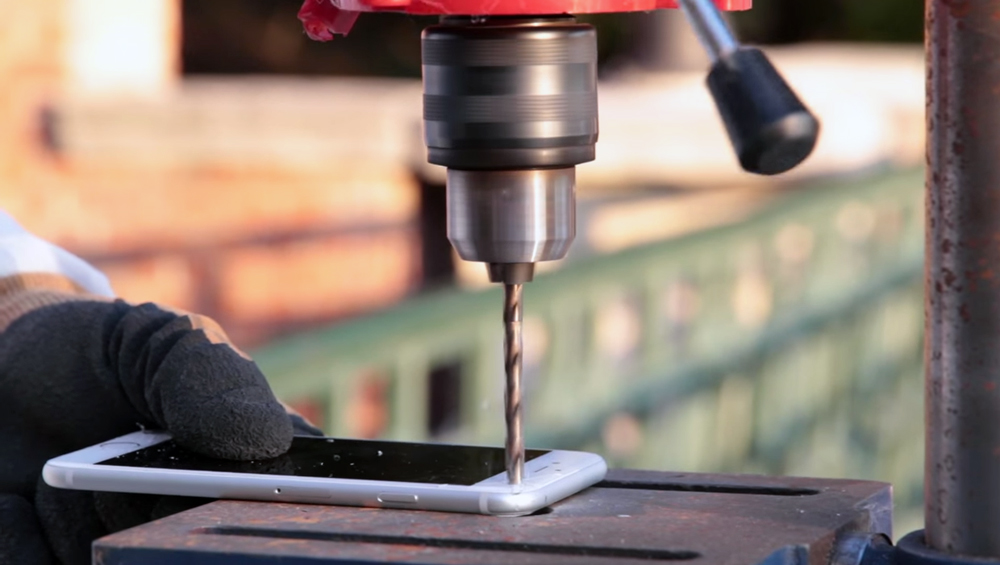 When Apple first unveiled the new iPhone 6 and iPhone 6 Plus earlier this month, people knew right away that they were two of the most beautiful smartphones the world had ever seen. At the same time, however, there were a few curious design decisions that raised some eyebrows. One in particular is the protruding camera lens on both phones, which one critic even referred to as “appalling.”

YouTube users PeripateticPandas took the opportunity to release a funny (and frightening) video that shows us one way to fix the iPhone 6’s protruding camera, and now the team is back with a unique solution for “Bendgate.”

FROM EARLIER: Video: Don’t go to an Apple store and bend their iPhones like these two kids did

Almost immediately after the new iPhone 6 Plus launched, some users reported an issue where the phone would bend and remain bent after being sat on or simply held in a back pocket in tight jeans for an extended period of time. The media had a field day, of course, and several of Apple’s rivals took the opportunity to mock Apple. Most failed miserably.

Apple stated publicly that the issue was not widespread and only nine customers had complained at the time, but we continue to see new reports pop up from people claiming their phones have been bent. Since this is still a hot topic, PeripateticPandas managed to find a simple solution to the problem.

No spoilers here — the full video is embedded below.