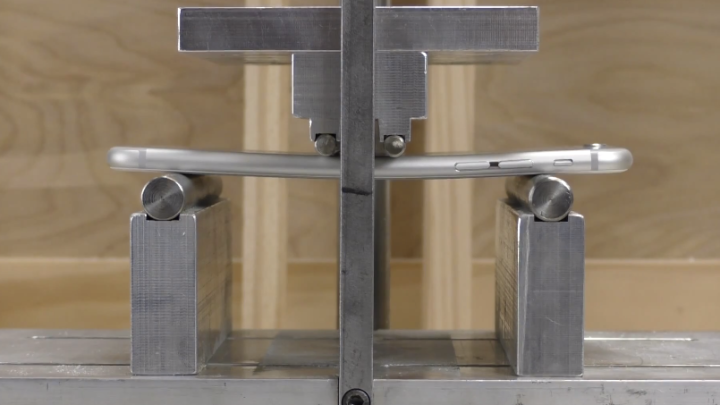 Listen up, people: The videos of bent iPhone 6 Plusses will do very little damage to Apple’s long-term reputation. So long as Apple is correct when it says that your iPhone 6 Plus isn’t likely to bend under normal usage, this issue will go away very quickly, just as “Antennagate” went away quickly when Apple gave out free bumpers and just as “Mapsgate” went away very quickly once Tim Cook apologized for it and recommended that people download different mapping apps. That said, there are some iPhone fans out there who are so irate over the whole issue that they’ve seemingly lost their minds about it.

FROM EARLIER: Ranking the biggest iPhone ‘scandals’ of all time

Even so, we could see how this sort of discrepancy could raise some eyebrows… if there weren’t already a ton of other videos out there that backed up Hilstenteger’s account. Here, for example, is one that was done using far more scientific methods than the ones Unbox Therapy used:

And here is one that’s in German, but you don’t need to speak a foreign language to see that it shows the 6 Plus does bend under pressure in the exact place Unbox Therapy said it did:

And then there’s this video, which bends the iPhone 6 Plus so easily that we actually do have a hard time believing the device wasn’t doctored somehow beforehand. We personally wouldn’t put too much trust into it but your mileage may vary:

Now, maybe Samsung has hatched an international conspiracy so vast that it’s paid lots of YouTube users to fake bending their iPhones in the exact same way. But let’s be honest: The chances of that being the case are slim indeed and we frankly don’t think Samsung is smart enough to have thought of it.

If you find yourself obsessing over the nuances of the bent iPhone 6 Plus the same way conspiracy theorists obsess over grassy knolls and moon landing videos, please just take a break from the Internet this weekend. This sort of thing could be very bad for your mental health.